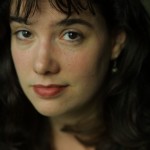 A homeless man begs for money, an elderly woman struggles down the street and you wrestle with questions. Shouldn’t you help? Can you help?

This everyday dilemma drives playwright Mia McCullough’s “Spare Change,” which opens its world-premiere production in previews at Stage Left this week. In a nuanced, witty text, McCullough explores what happens when one of her characters feels compelled to step in and try to help a battered mother who seems to be prostituting herself to get by.

“Spare Change” deftly weaves themes of race, class and the universal challenges of marriage around its central question about social responsibility. All themes that, to varying degrees, find origins in McCullough’s own life. McCullough grew up in New York, then came to Northwestern for college, where she met her future husband, and they decided to stay here. After a frustrating attempt at breaking into screenwriting (“the assistants all said they really liked my work, but had no power to make anything happen”), she committed herself to writing for the stage. Her talent eventually brought her into the spotlight, when “Chagrin Falls,” a play set in an Oklahoma town against the backdrop of the death penalty, opened at Stage Left in the fall of 2001 to critical acclaim, going on to win numerous local and national awards, and marking McCullough as a playwright to watch. Around this time, McCullough became playwright-in-residence at Chicago Dramatists and joined the Stage Left ensemble. (9/11 was a turning point in the latter decision. Distraught by the images of her “hometown being bombed,” that day she “just came down to Stage Left and started doing stuff. ‘Oh, she knows how to use power tools; we should ask her to be in the ensemble,’” is how she describes the process.)

Like hundreds of others pursuing careers in theater, McCullough toiled in relative obscurity for several years between college and “Chagrin Falls,” working various temp jobs to get by. One of those temp jobs, one that stuck, was working the crisis line at the battered women’s shelter, Mary Lou’s Place, in Evanston. It was there that she found the inspiration for the plot of “Spare Change,” when a man called and described his encounters on the el with a battered woman, who he later saw prostituting herself. Due to confidentiality reasons, McCullough could not tell him that it did indeed sound like one of the clients at her shelter. Nevertheless, this man’s call fascinated her, as she pondered his motivations and expectations. Her experience at the crisis line, coupled with a stint as a temp at a police station, let her see the white knight phenomenon play out repeatedly, where men decide to help women whether they want it or not. In this particular case, race also might have played a part: would the man have been equally engaged in this client’s plight if she had not been an attractive, light-skinned mixed-race woman and instead have been cast from a darker hue?

In person, McCullough offers little in her appearance to suggest authority on matters of race. With dark hair, light features and an easygoing manner, McCullough easily blends into the mainstream of Chicago’s population. But she developed sensitivity for the issues of race early on: “growing up, everyone was white, Catholic and Irish or Italian and I was neither.” Her mother was Jewish and anti-Semitism was no stranger to a school that also had only one black student. But racial justice was a family avocation: her parents had been very active in the civil-rights movement, even living in Harlem in the late sixties and seventies. McCullough’s background, combined with her experience working at the shelter where she saw even more variations of racial politics play out, equipped her to construct an especially sensitive subtext for “Spare Change.”

Always prone to rewrite her work repeatedly until she gets it right, McCullough faced a challenging road bringing “Spare Change” to the stage. Pleased with her work on “Taking Care,” which it produced in 2003, Steppenwolf originally commissioned “Spare Change,” then selected it for its First Look festival, where it played in workshop. All along, McCullough worked on it. “After Steppenwolf let it go, I left it alone for six months. It just felt like this play is going to kill me.” Repeatedly reading the lines where her central character Brad question his life, “Why is this important?” haunted her with her own questions about the play: “Is it important enough?”

So how did it come out? “I am actually pretty pleased.”