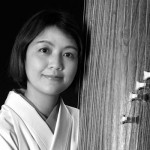 Six years ago, musician/composer Gene Coleman first began working with the artists playing in the “Sound Space: Japan/USA” performance, a new sound and stage project put together by Links Hall and Sound Field, Coleman’s very own not-for-profit music-production organization. Having visited Japan and taking an interest in many of the country’s artistic expressions—including its architecture and, of course, music—the project’s theme reflects both Coleman’s personal tastes and an exploration of different “intersections,” such as that of traditional Japanese instrumentation and modern electronic composition, the intersection between sound and movement and that of performance and physical space. “[We are] using architecture as a context for the development of the work,” Coleman explains. “[We want to] explore the process of improvisation in relation to the space that we’re in and the characteristics of the urban site that we’re in.”

Which is exactly what “Sound Space: Japan/USA” is: five musicians of Japanese and American origins, working in conjunction with one dancer, Chicago’s Asimina Chremos (with more performers to be participating at future dates), creating improvisational music and dance inspired by the surroundings of the buildings and cities they’re performing in. And while the idea might sound a bit hazy on paper, rest assured, the performance should be more cohesive than the description might lead you to believe. “The musicians and the dancers are really experienced, both with playing compositions and with improvising, and working in the areas between those two,” explains Links Hall executive director CJ Mitchell. Coleman agrees, telling how he would only use dancers “comfortable [with] improvising and using experimental music.” But nevertheless, Coleman explains that “the project at this point is a development project,” stressing that the performance will be very much a work-in-progress. “All of these activities are being supported as ways for these artists to explore new ideas and collaborate on these new ideas without having to feel the pressure of having to come up with some kind of finished product,” Mitchell says. So while the artists are most definitely professional, the performance will still retain a certain level of spontaneity and unpredictability—certainly not negative qualities by any means.

Mitchell, for one, is quite excited to see how it all plays out in his own venue’s space. “Links Hall…has its own special energy,” he says, “…and that lends itself to not only having really fruitful experiences for audience members, but there’s something nurturing there for real creative development.” (Sean Redmond)