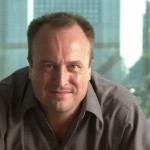 How did a white guy from Rockford end up directing the biggest all-black musical ever to hit Broadway? “It’s a question I get a lot, ” admits a grinning Gary Griffin, relaxing in the upstairs library at Chicago Shakespeare Theater after an afternoon rehearsal for Stephen Sondheim’s “Passion, ” which begins previewing October 2, “usually along with, ‘What is Oprah really like?’”

The irony is that Griffin’s involvement with “The Color Purple: The Musical,” which closes a nearly six-month Chicago run at the Cadillac Palace Theatre on September 30 before heading off to San Francisco, actually predates Oprah Winfrey’s by a couple of years. “It was in this very room that [producer] Scott Sanders met with me when I was here directing [Sondheim’s] ‘Sunday in the Park with George’ back in 2002. At that point, there were only a handful of songs and a different book writer, but there was an authenticity there that I really liked.”

Griffin admits that some of his colleagues are surprised to see him back home in Chicago after directing such a big show that is still running on Broadway and wonder why he hasn’t packed up and moved to the Big Apple. “I’m a Chicagoan,” says Griffin in a very matter of fact manner, “and while I do have a New York apartment for all of the work I do there, I still have the same place I had in Andersonville for the past fourteen years. This is still—and will always be—home. And for me, the reward is in what you do. I learned as a young director not to do anything in the theater for the money. Of course, you have to make a living, but the challenges are too great to do anything that you don’t love doing.”

Griffin has been criticized by some for bringing some New York talent to Chicago for “Passion,” when plenty of Chicago talent was on hand. “The irony is that I brought my musical director, for instance, from New York because I wanted him to see how a Chicago production is done,” Griffin says. “There is much more focus on the work here and much less of the pressure and gossip that surrounds everything you do in New York.”

Griffin got the theater bug by coming to Chicago from Rockford to see shows “as soon I could drive,” he recalls. Two memories particularly stand out for him: “My senior year in high school, which was 1978, I saw ‘A Chorus Line’ at the Shubert three times. It spoke to me so powerfully about theater and the struggles of the individual in the theater world. A show like that does what any great show does—it makes you feel less alone by dramatizing a particular struggle that is universal. And then, coming to Steppenwolf productions, particularly ‘Balm in Gilead,’ which knocked my socks off.”

Although Griffin did play a member of the Jets in a high school production of “West Side Story,” he admits that it was the backstage stuff that fascinated him more than appearing onstage himself, which motivated him to major in theater at Illinois State University. “I had heard that all of the Steppenwolf folks had attended ISU, so that was enough for me. I headed off with the intention of directing shows.”
Upon graduation, Griffin moved to Chicago and began directing “some really small-time stuff that nobody saw, just a few friends and family members” before he began directing shows for Pegasus Players and Apple Tree Theater in Highland Park. His real break came when late Drury Lane impresario Tony DeSantis hired him to be the artistic director of Drury Lane Oakbrook in 1993 and suddenly Griffin was in the position of directing several shows a year. “That was an amazing experience,” he says, “not only because I got to do a number of shows I had always wanted to do but never had, but also because I learned so much about how shows were structured and put together. And Tony was a theater producer in the old David Merrick mold, so I learned how to please a crowd and how to take care of an audience, which is an invaluable thing to know and is one of the main reasons that I get along well with commercial producers.”

And what is Griffin’s take on “Passion,” one of the least-performed shows of the Sondheim canon? “Sometimes with Sondheim,” he says, “it just takes time. It’s a great show, but it’s newer and we don’t know it as well. I fell in love with it doing a couple of numbers from it for last year’s ‘Sondheim in the Park’ in Millennium Park, enough to want to do it, and immediately thought that the space at Chicago Shakespeare is so ideal for it, because it not only reveals the intimacy of the work, but the work’s structure is more transparent because we are able to set up a simultaneously vertical instead of a horizontal stage.”

Griffin has chosen former “Saturday Night Live” comedienne and former “Wicked” star Ana Gasteyer to star as the mysterious Fosca, having worked with her on a couple of musical workshops in New York before she donned the green makeup here in Chicago for “Wicked.”

“She is a remarkable performer,” says Griffin, “who not only can sing up a storm, but she brings such depth to a text. It is amazing how someone who has a comic sensibility can discover hidden corners even in a ‘serious’ work that the rest of us would simply miss.”