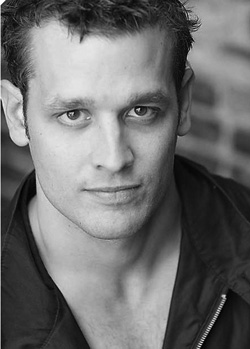 “The longer we have this conversation the more I feel uncomfortable by it.” Actor Lea Coco is addressing the subject of his looks. “This is going to sound strange but during my short time in Los Angeles the type they kept sending me out for was ‘the most incredible-looking guy you’ve ever seen.’ And I wanted to say, ‘You know, regardless of what I look like I just don’t feel like that is who I am.” Eric Rosen, who is directing Coco in playwright Douglas Carter Beane’s comedy “The Little Dog Laughed,” says, “Lea is a rare bird in Chicago. He’s a super-handsome, super-talented thirty-something actor—he is very valued here because of his type.”

If, as one casting director recently noted, “Good-looking actors don’t stay in Chicago,” then the 30-year-old Coco, who proudly calls the Windy City home, is indeed a rare bird. A rare bird and a chameleon: in “The Little Dog Laughed” he plays a secretly gay film star; at the Chicago Shakespeare Theater he’s played princes and paramours; at the Steppenwolf he was a fervent missionary who was almost beheaded. And yet. “It’s a constant question. People are constantly leaving for Los Angeles. If I remain here the stage work will be consistent and with the occasional film I’ll be okay. The other side of me thinks I’m crazy for not leaving while I’m still viable to try and cash in as much as I can. I don’t think any actor living in Chicago has illusions of becoming insanely famous or making a lot of money.”

So why the second city? “People in the industry here are much more willing to accept an actor as having many different faces. And in Chicago if you’re a hard worker and committed to your craft it actually matters. And sometimes in these other cities it can feel like those things are fourth or fifth down the list. People want to work here and they want to see you do good work here.”

Perhaps Coco’s work ethic stems from his upbringing. Born in Louisiana, his grandfather and father owned a cotton gin before tough times forced the family to move to Mississippi, where his father became a machinist and his mother was a secretary. “I threw the discus all throughout high school. I had a discus scholarship to go to Louisiana State and my aspiration was to become an Olympic athlete.” Given Coco’s strapping 6’2” frame, it’s easy to imagine the all-American farm boy throwing discuses into the skies over an Elysian cotton field. Coco erupts into a hearty baritone laugh. “No, not in the cotton fields. Although that is a very romantic image of the poor Southern boy.”

Although a shoulder injury cut his Olympic aspirations short, it also led him to the drama department and a spot in his first show, the school musical. (“I know it sounds cheesy but I really had a really magical experience doing ‘Camelot.’”) Two unfulfilling years at the University of Alabama followed (“majoring in beer”) before Coco enrolled in Pittsburgh’s prestigious Carnegie Mellon University, a four-year conservatory program known to still cut students when they’re not making the grade yet graced with a reputation for turning out well-trained stage actors. Rosen concurs. “Lea looks and seems like a film actor but has the talent and skills of a stage actor. He’s fiercely dedicated to the idea of ensemble. He’s a theater guy. I just wish he’d do more film. Then he could build a retirement fund.”

This year that retirement fund may grow. “The Relic,” a movie set to be released this spring, will feature Coco alongside a cast of seasoned film actors including Tim Daly, Edward Herrmann and Robert Prosky. And in May he’ll perform in “The Lion in Winter” at Glencoe’s Writers’ Theatre. “After that I’ll keep my fingers crossed and hope for the best,” Coco says. “I subscribe to the ideal—you’re an artist and the more you think about how you’re going to be a better artist and the less you think about how you’re going to make money doing this, everything will take care of itself.” And then with perfect comic timing he adds, “Maybe this is why I’ll be begging on the street when I’m 65 and there’s no more social security.” Doing Chekhov, perhaps? “Yeah, doing Chekhov…maybe alone…on the street corner…for pennies.”