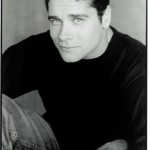 “You see it with any kind of tragedy. There’s that knee-jerk press that crunches a story down into the sound bite you’re going to get through the beginning, middle and end. Even if you aren’t necessarily doing stuff to back it up, you get out there with the messaging. You manage a crisis through PR.”

Writer Steven Simoncic is the 37-year-old playwright of “Heat Wave,” a fictionalized docudrama—based on the non-fiction book of the same name by sociologist Eric Klinenberg—that imaginatively reconstructs the private conversations and public events that transpired in the summer of 1995 when an unprecedented heat wave engulfed the city of Chicago and claimed the lives of 739 people, most of them poor, elderly and/or minorities. Yet on the Friday after Valentine’s Day, in a quiet alcove on the second floor of the Hyatt Regency Hotel, Simoncic is sipping a Perrier and responding to the shootings in DeKalb just twenty-four hours earlier. “Already you can see the narrative being shaped for the Northern shootings. There are all those natural human emotions people do to deal with the healing or the hurting right now, and the arc becomes fairly similar. We’re groping for that convenient and understandable reason. I think the cool thing about theater is that you can get past that. You can recognize and honor that arc, but you can also dig a lot deeper and come at it from lots of different angles.”

In “Heat Wave,” to dig deeper means taking the media machine to task, as well as the city’s failed social programs and a negligent emergency response system circa 1995. And approaching the issues from different angles—in “Heat Wave” race and economics, culpability and personal responsibility—constitutes the incorporation of a variety of perspectives that refuse to pander to an audience’s liberal prejudices. “It would have been easy to just come down on the Daley administration. But I think responsibility goes a lot of different ways. The last thing I want to do is get on a pulpit and give people answers. I think it makes for an interesting piece of theater to present all these perspectives when there really isn’t one pure truth.”

To say that Simoncic appreciates different perspectives is a bit of an understatement. On paper, he could be the poster child for a liberal-arts mentality, possessing an undergraduate degree in finance from the University of Michigan and an MFA in writing from North Carolina’s pastoral and very New England-ish Warren Wilson College. In person, the down-to-earth colloquialisms that frequently pepper his speech (“yeah”; “totally”; “you know?”) betray his blue-collar background growing up in Detroit, and his egalitarianism reflects the influence of a father who labored at a Detroit GM plant for thirty-five years and a mother who was a teacher. “I kind of get inspired by all kinds of stuff. Everything’s on the same playing field for me. I like ‘Hamlet’ but I also like a bad movie. You don’t have to accept the definition of blue-collar kid from Detroit. I can write, too. And I can be in a band and play music, why not?” Why not, indeed? In a good month—when he’s not super busy—he can be found jamming with his band, Super Genius, at venues such as Beat Kitchen or the Elbo Room. The married father of a 5-year-old girl and 1-year-old boy admits how insane this is. “Being a parent and being in a band is pretty extreme,” he chuckles. And especially when you also factor in Simoncic’s day job as the chief creative officer for a NASDAQ company, not to mention the fact that he will soon enter his final semester in pursuit of an MLA from the University of Chicago, for which he will have to produce a creative/critical thesis. Can’t he just send his thesis committee to the opening night of “Heat Wave” and call it a day? Simoncic laughs. “Believe me, it would be nice. Here it is, boys. Your ticket is my thesis.”

Still, this creative chameleon wouldn’t have it any other way. “Honestly, I think I’m most comfortable moving among many groups. It’s nice to be able to break out of one subculture and to a certain degree genuinely belong to another—my family and friends in Michigan, my friends in finance, my musician friends, the community of writers and theater artists, the families in Garfield Park where my wife is co-executive director of the Charter School. I don’t know if that’s a good or bad thing but I think I have an interesting perspective because I’ve been able to traverse those different subcultures in my life.”

Add to that list proud Chicagoan. “I’m proud that ‘Heat Wave’ is a Chicago story. Chicago is the quintessential American city—just on a massive scale—but I think the themes and nuances [of the play] are bigger than any one city. I hope that an audience two time zones away will see this and really connect with it. I don’t think that there will be a loss in translation because it was a Chicago happening.”