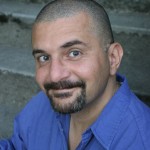 It seems as though it always takes some catastrophic event that cannot be ignored to push a foreign culture into the mainstream of American culture. Not too far back in our country’s history, when Africans were forced to live in this country though acts of slavery, the Civil War brought them independence. When the great migration of Europeans struck the shores, they came in numbers that were too enormous to be ignored, and thus were mingled into the Great Melting Pot by there being no other choice. When planes struck the World Trade Center and the Pentagon nearly seven years ago, the Arab and Muslim culture was thrown into the forefront of our society and is just beginning to take steps into assimilating into the threads that tie America together.

Yet, this process isn’t one that is easy for any race to go through. However, the outlet the arts provide is giving voice to a culture that has been so often negatively portrayed through the Silk Road Theatre Project’s world premiere of Yussef El Guindi’s “Our Enemies: Lively Scenes of Love and Combat.”

“I always wanted to explore the issue of Arabs in the media,” El Guindi says. “How many times do you hear positive stories about Arabs and Muslims? [The play questions] how do you have your voice heard when there is so much baggage attached to your particular ethnic group? How can you express yourself individually when people are going to foist on you a particular agenda? How do you deal with that as a writer?”

The three protagonists in “Our Enemies” are writers who are trying to discover how to function in a society that portrays them in a particular light. They are trying to get past the stereotypes that are placed upon them to find themselves and define who they are by more than their race.

“When I start to write a play I don’t actually say, ‘Oh, this is going to be a play about such and such,’” El Guindi says. “I have an idea, I hear a voice and I have a sense of who these characters are. I have a few plot points in mind, a beginning, a middle and an end, a faint skeleton of where I’m going and then I just go. I’m not trying to figure out what the play is about but something is just drawing me through… In a sense, the struggle of immigrants trying to fit in, to find their voice and be heard is what connects all of my plays.”

El Guindi himself is an immigrant. Born in Egypt and raised in London, El Guindi was accepted into Carnegie Mellon University for graduate school to study playwriting then decided to become a U.S. citizen.

“There came a point where I had to choose whether to return to London or if I wanted to stay here. Being in America felt like more of an adventure,” he says. “I like that this is a country of immigrants, essentially. Aside from the Native American tribes, everyone is an immigrant… We’re all immigrants here and I like that.”

It is through that pool of immigrants and their experiences that Silk Road Theatre Project chooses the work it produces. The theater’s main mission is to showcase work from playwrights of Asian, Middle Eastern and Mediterranean descent whose pieces concentrate on relevant themes of the people across the historic Silk Road, which stretches from Italy to Japan. The theater began in response to the 9/11 attacks. El Guindi’s collaboration with Silk Road Theatre Project began in 2005 when its artistic director, Jamil Khoury, wanted to produce the world premiere of El Guindi’s “Ten Acrobats in an Amazing Leap of Faith,” which was received an After Dark Award for Outstanding New Work. In 2006, Silk Road Theatre Project produced El Guindi’s acclaimed work “Back of the Throat,” which received an After Dark Award for Outstanding Production.

“Jamil’s mission is broader and wants to cover voices from the whole Silk Road,” El Guindi says. “I think they do a great job of finding those voices and serving those voices well. I’m a big supporter of Silk Road. Even if they weren’t producing my work, I would want a company like Silk Road to exist.”

Outside of theater, El Guindi thinks that in order for stereotypes of Arab and Muslim Americans to be broken, the community as a whole must become more open to letting others understand the cultures.

“There are so many stories that mainstream culture doesn’t hear about,” El Guindi says. “It’s important that Arabs and Muslims enter the cultural conversation. I hope that people write more and more stories, become active in the conversation, pick something; be a photographer a painter, just start… Step up to the plate and the cultural room has to be made on the shelf.”