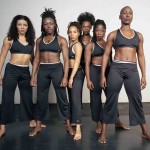 Is it any surprise that artists seem to fare more successfully at cross-cultural collaboration than diplomats do? Exhibit A: “Les écailles de la mémoire (The scales of memory), ” one such successful collaboration that is being featured at The Dance Center of Columbia College on March 6–8. This work is the culmination of a two-year partnership between the Urban Bush Women, an all-female dance company based out of Brooklyn, New York, and Compagnie Jant-Bi, an all-male dance company based out of Toubab Dialaw, Senegal.

At their best, collaborations prove the powerful effects of uniting shared interest and finding common ground by highlighting what makes us the same without forgetting what makes us different. According to Jawole Willa Jo Zollar, founding artistic director of Urban Bush Women, one of the most essential elements in this mix is love. “Love is, for me, why we exist, and everything that we go through has to come back to that­—whether that’s as a community, as a couple, as a person. That, for me, is at the center of everything.”

This collaborative journey of (way over) a thousand miles began with a single and fortuitous step. Zollar and Germaine Acogny, the artistic director of Jant-Bi, both participated in the Gwendolyn M. Carter Conference in African Studies and the 2004 Congress on Research in Dance Special Topics at the University of Florida, Gainesville, in February of 2004. Two months later, in April, the two women met again when their companies were both in residence at The Dance Center. After discovering their undeniable artistic similarities, they decided to start working together on a project.

In addition to the two artistic directors, a harmonious combination of parts—including contributions from the associate artistic director of Urban Bush Women (Nora Chipaumire), the composer (Fabrice Bouillon), the lighting designer (J. Russeel Sandifer) and the costume designer (Naoko Nagata)—created the perfect fit in this piece. Zollar says, “I think we brought really great strengths to the table. What was wonderful about this collaboration was that we were all equals in that everybody’s accomplished and secure in where they are in their life and their work.”

Crossing continents, the two companies spent time in one another’s respective countries taking the chance to create, absorb and explore. The discoveries made therein shaped the themes of the resulting work, which Zollar describes as “Journey: our journey in the piece, our journey together, our journey across water, across continents, across gender, across histories. Resistance: our histories of resistance to oppression. Memory: what’s shared. And love, ultimately.”

Personal histories were just as important as larger, cultural history in the finalized work. Zollar says, “We decided to look at our lineage because it’s one of the traditions in different parts of Africa that when you greet people, you say your lineage, who you are. When I was growing up in Kansas City, we did it another way. You’d have someone ask ‘Girl, who’s your people?’” In “The Scales of Memory,” dancers are given a chance to affirm their identity under this shared tradition, and Zollar feels that, “When we can say this is who I am and this is our history, I think it’s an important thing.”

Cultural and gender divide notwithstanding, the two companies have surprising similarities. Urban Bush Women are known for holding nothing back, tackling rarely touched on subjects such as African American women’s hair (“HairStories”), the legacy of choreographer Pearl Primus (“Walking with Pearl…Africa Diaries”) and voluptuous booties that deserve celebrating (“Batty Moves”). Their dance style is strong and powerful, emoting “explosive exuberance,” according to The Village Voice, and “fierce intensity,” according to The New York Times.

Similarly, Jant-Bi’s dance style has been called “powerfully direct, emotionally authentic-feeling” by The New York Times, and the troupe is not afraid to tackle full-force subjects like genocide in Rwanda (“Fagaala”).

So what is the subject addressed in “The Scales of Memory”? “I think the central theme is: How do we talk to each other when we are similar and when we are different?” shares Zollar. “That is something we have to figure out as a nation and as a global community.”