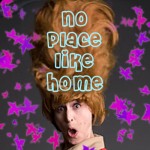 It’s pilot season at that sexy little think tank of imagination called the Neo-Futurarium. Having just completed a journey through the concept of invention with “Contraption, ” The Neo-Futurists are setting their aim on the stalwart torchbearer of popular culture that pervades America’s homes, offices and iPods—the television sitcom.

“Because we create pieces for ‘Too Much Light’ in a very specific way, we were interested in pursuing a project that would require us to write through a completely new process,” says Jay Torrence, Neo artistic director and co-creator of the six-week string of live sitcom ideas, pitched not to television executives but to the paying audience. Together with fellow creators Dean Evans and Ryan Walters, they have assembled a writing team including Ian Belknap, Sean Benjamin, Laura McKenzie and Lauren Sharpe. These scribes represent a multitude of disciplines including standup, solo performance, dance and clowning. With the Neo-Futurists’ rebellious aesthetic, you can bet there will be no single girls in the city working at magazines. These concepts are far more delightfully off-kilter.

Ronnie Wexler’s dream is to wrestle. But when the high-school wrestling team doesn’t want his extra chromosome anywhere near their mats, special hopes and special dreams are confronted with even special-er challenges.

If you think your nine-to-five job is bad, try doing nine-to-life. At Solutions Inc. you can clock in but you can’t clock out!

From failed dreams to nighttime riddles, Emily Kane just can’t seem to get it right. Will she decipher her premonitions in time to save her dead friend Chris? Tune in and find out!

Six pretentious artists, one house and an awful lot of miscommunication equals “Too Much”… comedy. When these performance artists leave the stage, the real drama begins. Find out what happens when people stop being Neo-Futurists and start being roommates.

“Don’t do the crime if you can’t face the mime.” A reluctant superhero mime artist takes on the mafia by thinking outside of the box. (William Scott)