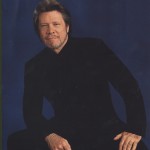 Chicago Opera Theater had its say, now James Conlon and the Chicago Symphony have their turn at the work that many consider the most perfect of all operas. Ildebrando D’Arcangelo stars as the Don and longtime Giovanni of yesteryear and Chicagoan Samuel Ramey sings the role of his servant Leporello in these semi-staged Martin Theatre performances. Ramey, the most recorded bass in history who was so loyal to Lyric Opera and such a mainstay there for so many years that he moved to Chicago (it helped that he married a member of the chorus), is no longer engaged by Lyric now that he’s at the twilight of his long and wonderful career, but unlike his close friend and tenor Jerry Hadley, who was so despondent about roles drying up that he committed suicide last year, Ramey has taken a far more optimistic attitude and could well end up stealing the show from the Don as several notable Leporellos have done over the years. The woman seduced by the Don but faithfully cataloged in song by Leporello include Ellie Dehn as Donna Anna, Soile Isokoski as Donna Elvira and Heidi Grant Murphy as Zerlina. (Dennis Polkow)