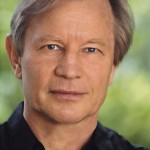 The last time veteran actor Michael York was in Chicago, performing the role of King Arthur in “Camelot” on a national tour last year, he had hoped to not only see the city inside and out, but the rest of the country as well. “You have to read the fine print on these things,” York admits. “Coast to coast, eight shows a week and you travel on the rest days, so you’re always catching up with yourself. It’s quite demanding.”

Things will be more relaxed this time around as he narrates and performs the role of Pasha Salim in Mozart’s “The Abduction from the Seraglio” at the Ravinia Festival across two performances with a day off in between.

Lest anyone worry about York’s operatic prowess, the role of the Pasha is a speaking part, though pivotal in the opera. “This was actually the first opera I ever attended at 14 years old in Glyndebourne,” York recalls, “and I was totally enchanted. It marked me for life. It offers so much: spectacle, music, laughter, betrayal, sex. I’m an opera lover, and love working with music. It’s pure self-indulgence. As narrator, I join all of the great bits together and play the ruler in charge of the court where all of these Europeans are sequestered. The piece is more relevant than ever, given the whole Muslim context of the piece. Pasha Salim is a great example of the extraordinary magnanimity and clemency that we expect of all great statesmen.”

Compassion is also a major trait of King Arthur, but “the great thing about ‘Camelot’ is that Lancelot does all of the showing off and the role of Arthur fits within a small range and the songs fit comfortably within the register,” notes York, written as it was for Richard Burton, who starred with York in “The Taming of the Shrew,” York’s first film across a long cinematic career that began back in 1967.

Two years ago York played Salieri in a version of “Amadeus” directed by playwright Peter Shaffer himself at the Hollywood Bowl. “There is that great speech where Salieri thinks he’s heard the voice of God and the Grand Partita strikes up, and we had it strike up live, and it made the hairs of one’s neck stand up on end. Here, I get to stand there in the midst of those glorious ensemble pieces that close the acts, and it is glorious.”

Like Shakespeare, which York has done so often that he wrote a book about performing the Bard, York sees Mozart as having a mutual “hair-raising sensibility and compassion, which is why they’re both still done today. They would have really got on, don’t you think? Can you imagine the collaboration? That would have really been something.” (Dennis Polkow)