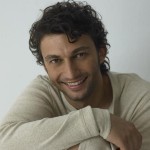 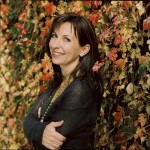 What began eight years ago as a pre-season attempt to offer a free preview of the upcoming Lyric Opera season with the same stars who would be singing the roles appearing has evolved into a general “greatest hits” concept where only a handful of mostly Ryan Center artists and alumni who will appear during the season actually take part. This year’s “big catch” for this free concert is French soprano Natalie Dessay, who wowed us a few seasons back in Donizetti’s “Lucia di Lammermoor” and has been taking the world by storm since and who will open the season on September 27 in Massenet’s “Manon.” To hear Dessay offer a free preview of what she will do with “Manon” will alone make this a worthwhile experience. Oddly, though, of the nine operas being presented this season, only two will be represented on this concert: “Manon” and Mascagni’s “Cavalleria rusticana.” Other featured artists include Nicole Cabell, Jonas Kaufmann, Gordon Hawkins, Raymond Aceto, Elizabeth De Shong, Amber Wagner, Dimitri Pittas and, of course, music director Sir Andrew Davis and the Lyric Opera Orchestra. If you can’t make it to the park itself, WFMT FM (98.7) will be broadcasting the concert live, as it will all of the opening nights of the upcoming Lyric Opera season. (Dennis Polkow)