by William Scott
September 8, 2008Filed under: 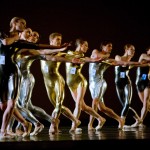 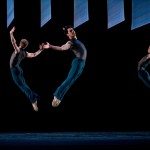 “It’s all beginning in Chicago,” declares Robert Russo, company manager of San Francisco Ballet. The entire company is coming for the first time in over two decades to kick off their national tour celebrating the seventy-fifth anniversary of America’s oldest professional ballet company, founded in 1933. Don’t think you have them pegged though. While the company boasts an extensive repertory of some of the best choreography ever created, their programs this time will also celebrate some of the newest dances to join their roster.

Much of the mixed-repertory program that San Francisco Ballet will bring to the Harris Theater will come from the company’s New Works Festival presented in the spring of 2008. Ten works were commissioned by ten choreographers to take their place among a repertory that gives home to one of the most extensive collections of dances by Jerome Robbins and George Balanchine.

“Creating new work is an incredibly important part of what we do,” says Russo of the festival, “we have a great road map for what happened before us, but creating new work takes us into the future.”

The company’s body of work is not the only thing that sets them apart. It is, in some ways, their physical bodies’ work to distinguish the institution in an often homogeneous ballet world.

“We are a company where each artist looks completely different than the next. It is about celebrating the individual artist in the incredible range of styles in our repertoire,” tells Russo. One of those artists, principal dancer Lorena Feijoo, will be having a sort of homecoming when San Francisco ballet touches down.

“I agree with Sinatra,” Feijoo declares, “it is my kind of town.” Although she has danced with San Francisco Ballet for ten years now, she was with The Joffrey for three years prior when that company first came to Chicago. Feijoo is excited to have the chance to share with one of her favorite cities the exciting work coming from her current artistic home.

“I can’t wait to dance for my friends and for the city,” says Feijoo. She is even happier to have the chance to share new work, an opportunity she holds dear.

“I always think there is something very special when a work is created on you, on your body, when you are a canvas for the artist and you can put a lot of yourself in it,” Feijoo explains the excitement of new work. “There is a great energy here and amazing quality.”

The Harris Theater feels the same way, which is why they have selected San Francisco Ballet to open their fifth season. In addition to the two mixed-repertory programs, the company will perform in a special one-night-only gala performance. Harris Theater is also taking measure to ensure that everyone wanting to see the company can, even as purse strings get tighter. The majority of remaining tickets will be reduced to $30 and $50 to mirror the trend in tickets already being sold.

So the stars have aligned for the Harris Theater. They have an amazing company at prices hard to beat. Feijoo would agree this is an opportunity not to be missed.

“This company has the greatest energy and strongest quality of dance. I said that when I watched the company before I was a member,” the dancer remembers. “People who come to see this show are never going to regret it.” (William Scott)