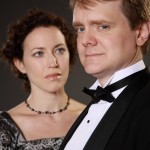 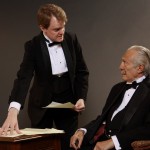 In a time when corporate bailouts and shady business dealings feature prominently in our headlines, Remy Bumppo’s “The Voysey Inheritance” is a refreshing look at one man’s attempts to right his company’s grievous wrongs.

In David Mamet’s adaptation of Harley Granville-Barker’s script, Edward Voysey (Raymond Fox) discovers money missing from several clients’ accounts at the family bank. Voysey confronts his father/partner (David Darlow), and is told that the larceny is business as usual. When informed about the theft, his family is more concerned about the scandal and urges Edward not to go public.