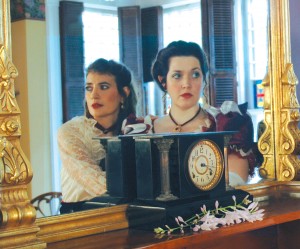 More than half a century ago when composer Samuel Barber was asked to write a new opera for the Metropolitan Opera, he asked his companion and fellow composer Gian Carlo Menotti, who always wrote the librettos for his own operas, to write the libretto. “We had trouble,” Menotti told me some years ago, “because I always ‘sing’ the words as I put them down. I wrote the libretto scene by scene, but Sam would start playing the music that he wrote for a particular scene and I would yell out, ‘No, no, that’s wrong! That’s not the music I wanted there.’ He’d shout back, ‘It’s my opera!’ ”

The end result, “Vanessa,” was a huge success and even won the Pulitzer Prize, but when fire destroyed its original sets back in 1973, the Met stopped producing it and it fell into neglect. In recent years, steam has picked up again, with several celebrated productions, including those by Kiri Te Kanawa to mark her “farewell” from opera, but amazingly, the work has never been seen professionally in Chicago in all of those years. (Hey, Lyric Opera is just getting around to “Porgy and Bess,” which was almost a quarter of a century earlier, so things take time in opera, at least in Chicago.)

Chamber Opera Chicago is about to remedy that situation by offering the long overdue Chicago premiere as a celebration of the work’s fiftieth anniversary. Of particular interest is that the production will be directed by Francis Menotti, son of the late composer, librettist and director of the original 1958 Metropolitan Opera production, Gian Carlo Menotti. The cast will include Marcy Stonikas, Sarah Gartshore, Barbara Landis, Frederick Joseph and Philip Kraus with a 32-piece orchestra conducted by Victoria Bond in, as Menotti himself characterized it, “the story of two women, Vanessa and Erika, caught in the central dilemma which faces every human being: whether to fight for one’s ideals to the point of shutting oneself off from reality, or compromise with what life has to offer, even lying to oneself for the mere sake of living.” (Dennis Polkow)