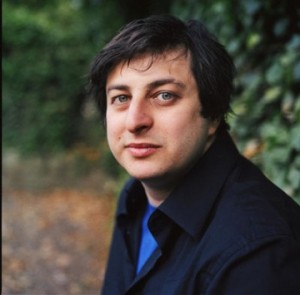 RECOMMENDED
A current prince of indie comedy, Brooklyn’s Mirman’s released live albums on Suicide Squeeze and Sub Pop, appeared on “Flight of the Conchords,” opened for comedy troupe Stella and has performed before sets by bands like The Shins, Modest Mouse and Yo La Tengo. Indie cred? Yeah, I would say so. His brand of absurd, usually wholly nonsensical humor takes a bit of time to get used to, but once you feel yourself getting onboard it’s a rather delirious ride. A quick YouTube search will present multiple Mirman pieces that will give you an adequate taste. Try the one in which he lectures on Canada. (Some choice one-liners: “What I like about Canada is that they basically don’t investigate murder”; “Canada has over 200,000 million people”; “Canada is what happens when love falls in love.”) But let’s leave it with Mirman’s own description of himself, from his bio on his Web site: “Esquire magazine described Eugene as ‘equal parts Andy Kaufman and Andy Warhol.’ Still some people on YouTube think he’s a ‘fag’ and must be destroyed. Oh well. That’s life.” (Tom Lynch)