by Brian Hieggelke
November 3, 2008Filed under: 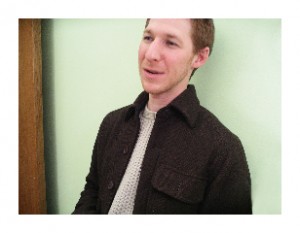 RECOMMENDED
One of the rising stars in Chicago’s stronger-than-ever standup comedy scene, Prescott Tolk is not a comic who cracks the kind of jokes that make you lose your lunch, nor the kind who trades in over-the-top outrageous behavior or content. No, he’s the guy you want to hang out with at the bar, who cracks wise with inimitable wit, who has a way with wordplay that keeps you in stitches. And, after a while, you realize he’s really smart and really funny in a way you wish your real buddies were. Tolk’s releasing a CD and DVD of his work, “I Can Complain,” where he recounts his experiences as post-collegiate Chicago slacker, a guy grappling with bills, the peculiarities of city living, sexual disappointments and a general disenchantment with the way life is going so far. In other words, the life more than a few of us are living. Except he makes it more funny than sad. (Brian Hieggelke)