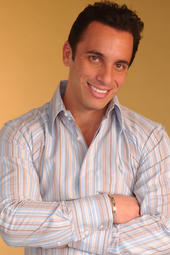 Since Sebastian Maniscalco was waiting tables just before appearing in this year’s stand-up documentary “Vince’s Vaughn’s Wild West Comedy Show”—and since he probably prefers Tonight Show appearances to serving hash browns—you have to imagine he’ll stick to the “frat pack” roots that got him there. Maniscalco’s observational humor roams through a wide variety of subjects that peeve him (people who don’t shower, people who still write checks), but his most-explored theme is something that Mr. Vaughn’s blue-collar persona recurrently harps on: the continued decline of tough-guy masculinity. “Go look at what they’re ordering to drink. Apple martinis? You’re 35 years old; you’re walking around with a green drink, a little apple floating on top. You go get a beer or something that tastes like gasoline,” Maniscalco delivers with one of the better-stupefied expressions of comedy. “Soy chai vanilla chip dolce hazelnut frappuccino,” he says, mimicking the losers in line at Starbucks that improvise their order. “What? You get a black coffee and you go to work.” (Andy Seifert)