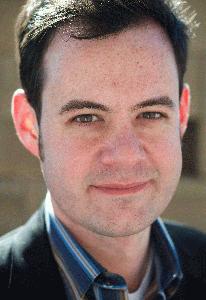 Interning at the “Late Show with David Letterman” must constitute a pretty memorable three months in and of itself, but Chicago-based stand-up comedian and current “Late Show” monologue writer Kevin McCaffrey was able to one-up most temps by being blasted with a fire extinguisher by Letterman himself, which should perhaps become a rite of passage for aspiring comics. McCaffrey’s set will go beyond monologue one-liners, but expect the same sort of laid-back persona from a late-night talk-show host. McCaffrey doesn’t expend energy on creating some crazy alter-ego, his comedy relies on pure substance, telling stories about find himself in ridiculous situations (like getting stabbed in the neck with a pencil by a mentally challenged kid) or teasing his Catholic background. “You might remember the Pope made some comments tying the Muslim world to violence,” he quips. “How did the Muslim world respond? Mostly by burning shit, so at least now you can definitely tie the Muslim world to irony.” What’s more, a quick YouTube search of McCaffrey reveals a number of videos that, for some reason, virtually no one watches, including his wholly-underrated character “Emo Republican,” whose record consists of authoring a bill that includes a tax cut on eyeliner, booking My Chemical Romance to play an anti-abortion rally, and writing haikus against gay marriage. (Andy Seifert)