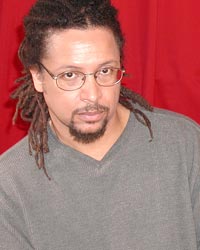 You better believe if there’s something wrong in the fabric of society, Chicago’s own Dwayne Kennedy is gonna try to wrap his head around the problem. His brand of social observational comedy refuses to shy away from any controversial topics of interest—9/11 (which he says cramped his theory that “the white man is the devil”), racism and slaves are all free to be comedically bandied about. What’s just as appealing about Kennedy’s routine is that after the tension is released and the laughter subsides, some thoughtful and serious commentary exists. For instance, Kennedy insists that all races will remain edgy with one another unless some sort of dialogue occurs and we start asking questions of one another. “You could say like, ‘Hey white man, how come you’re so tense and afraid?’ Kennedy says. “’And then he could say, ‘Hey black man, how’d you get into my apartment?’ Then the healing begins.” (Andy Seifert)