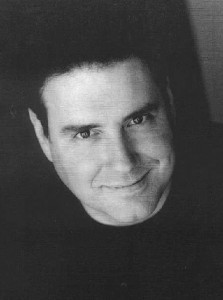 You may know him as Georgie, the bartender on the Sopranos who works at the Bada Bing and who Tony beats the crap out of (with, among other things, a Big Mouth Billy Bass toy). And while Frank Santorelli may have garnered the love of the Sopranos viewing nation by acting like the long-lost son of George Wendt and Jeff Garlin, he can also win over a live audience with the same bartender charm as his TV character. While his act deals with a lot of the typical stand-up subjects—bathrooms, drinking too much, Italian jokes, the insult of being served a drink with a “crazy straw”—everything about him is instantly likable. Down-to-earth, soft-spoken and reminiscent of your lovable fat uncle, Santorelli immediately seems like the type of guy you’d love to sit down, have beer with, and reminisce about the time Tony Soprano clobbered you over the head with a phone until you were unconscious. (Andy Seifert)