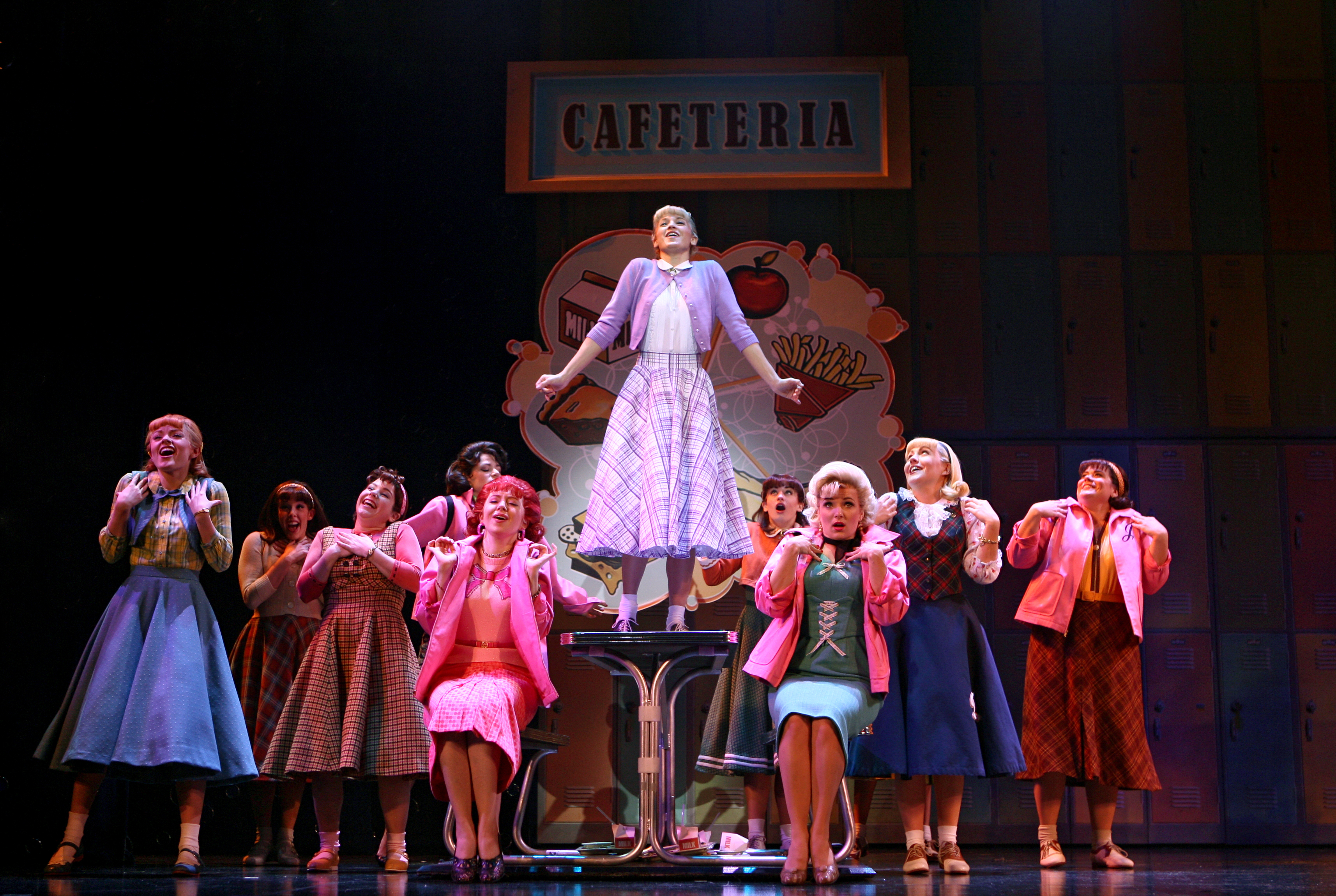 “You’re too young to be here!” one of my colleagues said, spotting me at the opening of “Grease.” I was flattered, naturally, but as the youngest of a five-sibling postwar American family, I vividly remember real-life greasers, fascinatingly dangerous and cutting-edge creatures of social revolution that have about as much to do with “Grease” as real-life gangsters have to do with “Guys and Dolls.”

If you are a working theater critic in Chicago, you have probably seen more productions of “Grease” than just about any other musical. It’s a constant audience favorite and will sell out no matter what you do with or to it, but one of the reasons that I was curious to check out this national touring production based on the Broadway revival cast via a network talent show was to see if having some younger blood might do this shopworn work some good. We have endured “Grease!” in so many guises: the one where a middle-aged star of “Grease 2” was trying to play Danny sporting a toupee that kept slipping or where an elderly Davy Jones of the Monkees played the American deejay complete with his working-class British accent particularly stand out, or when Frankie Avalon decided to turn the show into an impromptu concert during his walk-on as the Teen Angel. Did I mention Archie Bunker’s daughter as the school teacher or the demon-possessed girl in “The Exorcist” as the love interest? There have been ex-Bradys, former disco queens, has-been teen idols, you name it.

Yes, this cast is young, but every time one takes the stage for a solo slot, it’s as if the audience members are still judges for a talent show: you get lots of over-emoting, flashy moves and generally over-exaggerated performances that have little to do with the material and much more about the individual performers who look to be extending their fifteen minutes of fame however they can. And much of the audience seems to get the idea and reacts wildly, as if cheering is now a scripted part of the show.

One bizarre decision is the inclusion of the disco songs from the movie that were never part of the play, which means you get a long opening dance sequence to Barry Gibb’s “Grease is the Word” along with melodrama songs from the movie at inopportune spots in the play, which really doesn’t work very well in terms of dramaturgy. And then there’s “American Idol” celebrity Taylor Hicks emerging out of a large ice cream cone, blandly crooning away as the Teen Angel in an ill-fitting glittery suit and silver hair to match.

The whole thing gave me a great idea, that I really do think would work and would be far more entertaining than this rather overdone vanilla production: where is Bill Murray when you need him? The Chicago native and longtime “Saturday Night Live” and film star could make a comeback as the bad airport lounge singer that he used to do on SNL. And then at least we could know that we were laughing with the cast. (Dennis Polkow)