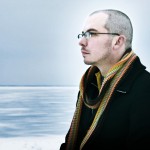 For quite some time if you have wanted legit opera in Chicago you have had two choices. Lyric Opera of Chicago and Chicago Opera Theater are the big boys in town and they hold quite the monopoly.  Though both companies produce acclaimed work, if you are looking for something contemporary, options dry up.  Oh sure, you will see the occasional Benjamin Britten or John Adams opera by one company or the other, but  both primarily present in traditional formats.  Enter Eric Reda and Chicago Opera Vanguard.

“I am excited to present a whole new experience for Chicago lovers of music, theater and opera,” explains artistic director Reda. COV’s mission is to create a Midwest home for engaging opera  and music theater with contemporary resonance.  Reda’s philosophies are simple:  be open to anything, start with good text and deliver a musical experience that resonates with an audience.  To be sure, he understands that the quality of the music experience will largely be the stick by which the company is measured.

“My collaborators and I talk a lot about what is it that we can do to make opera more viable,” Reda says.  He goes on, “Why does it have to be a museum piece? It’s time to start revitalizing this form.  Funding is going down for it and it’s like looking at a pretty picture that looks really great in a gallery but it has no immediate impact.”

The company got its feet off the ground with several minor productions and concerts, most notably, the recent evening of art songs  (most of them newly commissioned) called “The Chicago AIDS Quilt Songbook” at the Court Theatre.  The concert went to support Seasons of Concern, the Chicago theater community’s fundraising effort to fight against AIDS.  Now the young company embarks on an important milestone for any organization, its first full season.

Season zero for COV will bring two productions.  In May they will produce “GREEK,” a modern Oedipus myth set in a Britain afflicted by “a plague of racism, violence and mass unemployment” written by Mark-Anthony Turnage and Jonathan Moore.  The show promises plenty of bad language and a sixteen-piece orchestra.  But first, this week COV will open with a piece that has been making the rounds to major producing institutions nationwide, Ricky Ian Gordon’s “Orpheus and Euridice.”

Gordon’s song cycle is written for a soprano voice (Euridice), a clarinet (Orpheus) and a piano.  Rebecca Prescott and Patrick Rehker will perform the title roles respectively. Two dancers, Logan Vaughn and Matthew Prescott, will accompany the piece, embodying the emotional journey of the title lovers.

Although based on an ancient myth, if the piece feels intensely personal that is because it is. Gordon wrote the piece as a tribute to his lover, who died of AIDS in 1996.   The libretto poured out of him one night during a particularly rough period in his partner’s sickness.  The writer knew this was something large and special.

Reda is counting on that innate intensity to create a loud and visible start for COV.  Gordon’s work is largely accepted by more traditional opera goers—in fact the writer did a residency at the Lyric—but he works within a new school of composers who are struggling to keep the operatic form living in the often rigid confines of the established industry.

COV will need the support  of non-traditional opera goers.  An alternative warehouse venue like the AV-Aerie may help.  Costumes by local design celebrity and “Project Runway” contestant Steven Rosengard may also go a long way to reaching out.  But Reda also sees the economic climate as a possible advantage.

“Part of what we have been saying all along is in making new work accessible, it is important to also make them economically accessible,” Reda says.  Good seats to the bigger houses can cost upward of $100.  COV memberships are $50 for both shows.

“I feel like right now in economically tough times people are still starved for cultural entertainment. I feel we are a viable alternative,” Reda says. “Why not make a home where you can be one of a hundred people in a hall listening to really great music theater.”