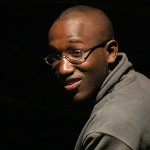 One of Zanies Comedy Club’s most reliable MCs as well as one of the most underrated comedians on the national stand-up scene, Chicago’s own Hannibal Buress brings a style of comedy that refuses to rely on gimmicks: no props, no in-your-face attitude, no outward quirkiness, no farting into the microphone. Buress’ shtick: jokes, drawing equally from observational and non sequitur varieties and narrating in a lethargic fashion that somehow exponentially increases the jokes’ effectiveness. “People always think I’m high, all the time. I stopped smoking weed like a year ago,” he says. “’Are you high? You look high.’ Naw I’m not high, I’m just way cooler than you.” And it’s true—despite looking a little nerdier than the average comic, Buress’ general laidback demeanor says, “I am awesome.” Watch for him in an upcoming dorky African-American stand-up documentary, “The Awkward Kings of Comedy.” (Andy Seifert)