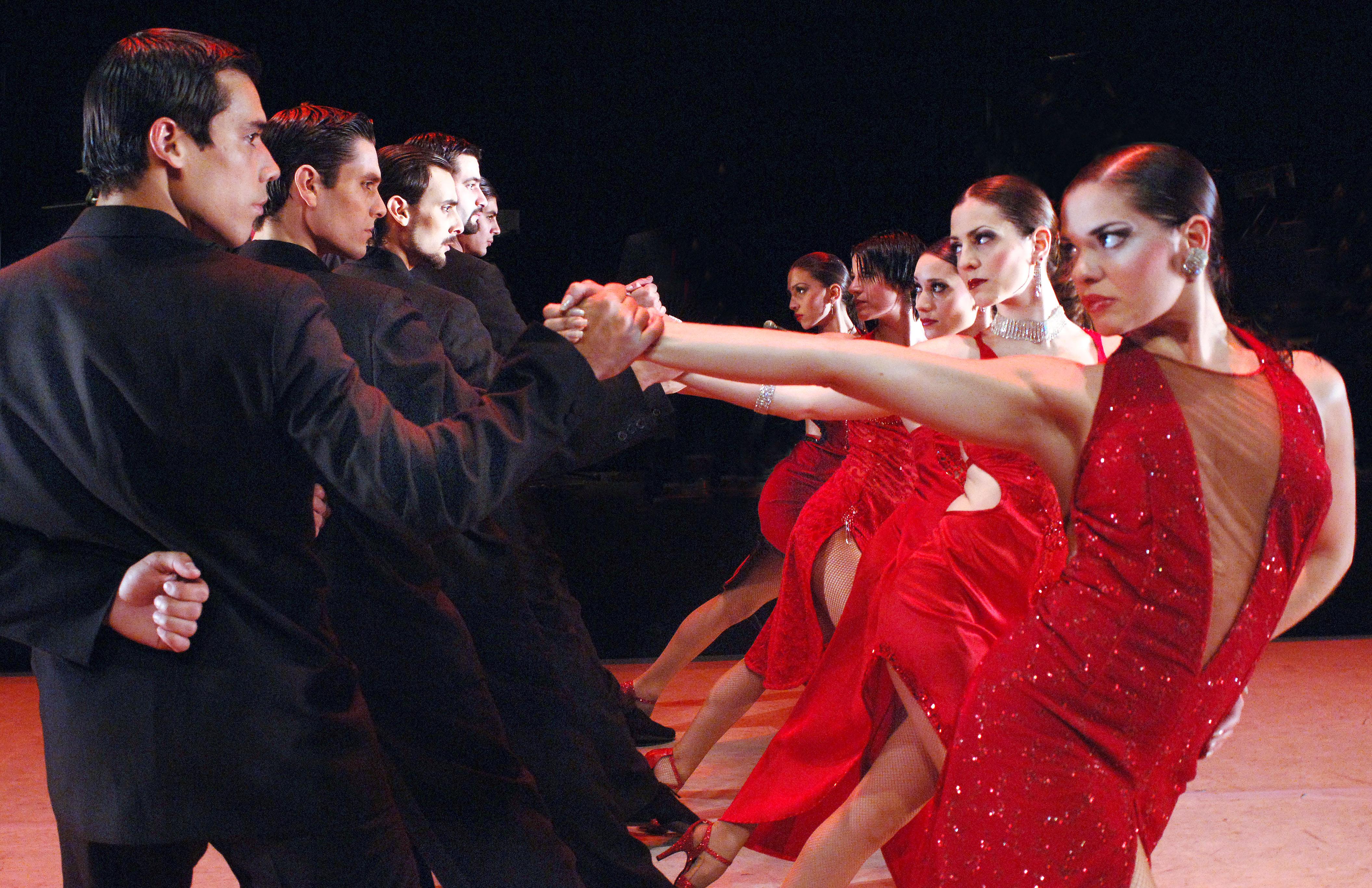 Inez Cuesta doesn’t have time to attend milongas (social tango dances) while on tour, but she does enjoy seeing how other cultures have embraced Argentine Tango over the years. “All the world wants to know more about tango, ” she says. “We are well-received in Europe, in America. Japan is crazy about it.”

This weekend, Tango Fire will visit Chicago—a city with its own sizable cadre of crazed tangueros y tangueras—for the first time, slicing up the stage of the Harris with hyper-precise, lightning-fast footwork executed in four-inch heels. The show is in two acts: a milonga scene in which the five couples, vocalist Javier Dominguez and accompanying quartet Quatrotango share the stage; and a modern section, where suits are traded in for tight black tees, gowns make up for in sequins what they lose in yardage, and flashy, decidedly un-tango-like lifts, splits and death-drops punctuate much open-mouthed ribcage-and-thigh-stroking. This latter half, the blown-out caricature of an understated, versatile sensuality inherent in the dance, is the aesthetic many tango stage shows emphasize—and it’s understandable to an extent, as the tremendous nuance of the traditional salon style—in which feet remain on the floor pretty much the whole time—is near impossible to project to a house of 1500-plus. (This may also be why the best promotion for tango instructors is a virtuoso salon performance; the contained, simmering physicality of the traditional dance tends to inspire participation over spectatorship.) Ms. Cuesta, who joined the company with her partner Mauricio Celis in 2005, appreciates the spectrum of the Tango Fire production.

“In this performance, we show all styles,” she says. “It’s important that people are introduced to all of tango. There are many ways to demonstrate our culture, our music. This show is very complete. We love this life, this music.” When I ask what style she prefers, she answers as a true tanguera, drawn to Argentine tango at the age of 16, before any other dance form: “the traditional. It is more difficult; we are drawing on the stage with our feet. It’s very clean.” (Sharon Hoyer)