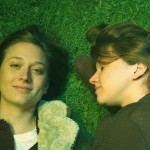 Quick, how many lesbian dramas can you name off the top of your head?  And no, “The L Word” doesn’t count. That’s a tough one, isn’t it?  After all, if you asked me to do the same with gay drama—as in male homosexual drama—I wouldn’t have to think hard at all.  There are the classics (“The Boys in the Band,” “As Is”), the epic (“Angels in America”), polemic (“The Normal Heart”), Chekhovian (“My Night with Reg”), tragic (“Torch Song Trilogy”), wistful (“The Dying Gaul”), coming-of-age (“Beautiful Thing”) and even puerile (“Party”).  And that’s just a start.  But lesbian stage dramas?  There’s Lillian Hellman’s “The Children’s Hour,” but that’s more about the corrosive effects of gossip than it is about lesbianism.  How about David Mamet’s “Boston Marriage,” probably more enjoyable for its dialogue (it is, after all, written by Mamet) than for any great insights into the lesbian experience.

Perhaps this paucity of “lesbian drama” is the reason attention, plaudits and awards were hurled at playwright Diana Son’s “Stop, Kiss” when it first premiered Off-Broadway in the late 1990s, and now being revived by The Gift Theatre as their 2009 season opener.  At its bare bones it’s about two people who unexpectedly fall in love with one another.  Their love is a nascent yet strong love, and one that ultimately sees them through an unexpectedly violent tragedy.  No more, no less.  And although these characters happen to be women, there’s little in the script that explores or justifies how and why these two women—fresh from long-term heterosexual relationships—fall in love.  Quite surprisingly, given that the author is female, I’m apt to think that the play’s believability rests upon an audience’s patriarchal prejudices or chauvinistic fantasies:  since women can easily fall in love with one another emotionally, it must follow that they could take up cunnilingus just as easily.  In fact, the play says so little about the psychology of female-female or lesbian unions that I think you could almost recast the parts heterosexually and have the same play, just make them first cousins or something to equal all the surface “edge” found in this play’s Sapphic situations.  To be fair, I think Son is more interested in exploring the nooks and crannies of how people come together, and certainly it is impossible to deny her shrewd eye for life’s little moments.  Indeed, the play lives in its minutiae, whether it’s the mundane questions we ask potential lovers when courting them, or the pleasure-delaying restraint we savor before that first inevitable kiss.  But these moments, beautifully observed by director Michael Patrick Thornton and his fine ensemble, can only go so far.  And if the play’s dozen or more scenes, some no longer than a few lines, weren’t scattered about flashing forwards and backwards in non-chronological order—a shopworn structural device even ten years ago—I think more people would realize just how average this piece and its writing truly is—almost devoid of subtext and intelligence.  (I wasn’t surprised, by the way, to read in the program that Son is a writer for “Law and Order,” which helps explain the play’s structure, more appropriate for celluloid or television than for The Gift’s storefront playing area with limited light and depth capabilities to handle the cinematic cutaways).

The production’s only saving grace is its performances, and since this is The Gift, a group of actors who could wring pathos from a greeting card, they imbue the piece with a lot more than is actually there.  Anna Carini and Amy Speckien are superb in the lead roles and Paul D’Addario and James D. Farruggio do more with their one-dimensional supporting characters that could be expected of anyone. (Fabrizio O. Almeida)