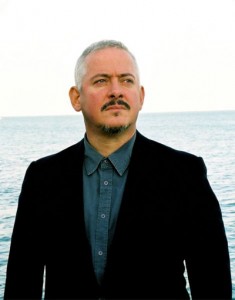 Prague Shakespeare Festival Artistic Director Guy Roberts’ love affair with Shakespeare began many years ago. “When I was 15,” shares Roberts, “I thought I was going to be a painter and follow in my grandfather’s footsteps. Then I watched Laurence Olivier’s ‘Hamlet’ and was blown away. Hamlet had great clothes, a great sword fight, and he got to kiss two beautiful women. What more could you want?” On February 6, Roberts debuts his one-man Hamlet at Gorilla Tango Theatre. “I wanted to premiere this show in Chicago,” explains Roberts, “because I kept hearing that Chicago was the place to be.” Roberts tackles eighteen characters in his ninety-minute Hamlet adaptation that includes only the scenes the prince is privy to. “Since it is a very long play with many different subplots you kind of forget what Hamlet knows,” says Roberts. “Seeing and hearing only what Hamlet does, you understand in a much clearer, sharper way the reasons behind the choices he makes.”

Beginning February 3 at The Building Stage, Walkabout Theater Company and Collaboraction present “Goldbrick,” the story of an immigrant in Chicago told through the music and lyrics of Jon Langford (pictured). “I am really impressed by the quality of the acting,” Langford says of the production. “Tawny [Newsome] and Larry [Yando] do an incredible job. It was nice to hear other people singing my songs. It was like hearing songs for the first time. It renewed my interest in those songs and made them seem new and different even though I know them well.” Loren Crawford, co-creator and writer of the production, hopes to supplement an ongoing discussion circling around America’s perpetually tumultuous relationship with immigrants. “I was watching the inauguration and I was dumbstruck by just how relevant our project is to the times we are experiencing,” she says. “I am humbled and inspired by the realization that our voices are part of a growing chorus that sees and embraces a different future for America, one that includes us all.”