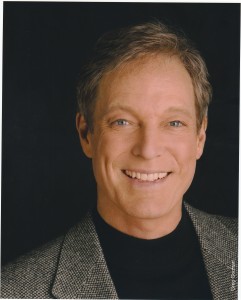 It goes without saying that writing and performing comedy are two different things, but perhaps not often enough. Carl Reiner, for instance, wrote and starred in a 1960s television comedy called “Head of the Family” that was a total bust until producer Sheldon Leonard was gently able to convince Reiner that the problem wasn’t the brilliant material, but his own overripe performing. The revamped result, “The Dick Van Dyke Show,” redefined the situation comedy.

When it comes to anything “Monty Python”-related, the writers and the performers were one and the same and more often than not, the writing was better than the execution because it would so often be done with a nod and a wink to the cleverness of the material itself. In the case of “Monty Python and the Holy Grail,” both were below usual “Python” standards; the ensemble had broken up years before and came back together for this hurriedly produced, shoestring budget, almost “Blair Witch Project” film which is the basis for “Monty Python’s Spamalot,” Eric Idle’s shameless but clever attempt to cash in on Mel Brook’s cash cow of resurrecting a low-budget satirical film with Broadway flash. (Curiously, both “The Producers” and “Spamalot” premiered in Chicago before hitting the Great White Way.)

“Spamalot” began with considerable comedic star power (Tim Curry, David Hyde Pierce) and by the time of its return here three years ago minus the stars, that same tongue-in- cheek factor had performers telegraphing the comedy so widely that you could hear diehard Pythonhead audience members mouthing routines word for word along with the lines. What Richard Chamberlain’s King Arthur brings to the proceedings is a reminder that the best “Python” routines never came across as routines at all, but as silly people who haven’t the slightest clue that they are being funny. In that, with all due respect to the late Graham Chapman, who played Arthur in the film, Chamberlain is able to even out-“Python” the Pythons. With his classical training as an actor and Broadway singing chops he acts as if this material were straight as an arrow, which refreshes the show considerably as its absurdities are experienced as bizarre surprises via Arthur’s eyes. Happily, the production itself is tighter yet has sacrificed none of its elaborate production values. (Dennis Polkow)