by Andy Seifert
February 2, 2009Filed under: 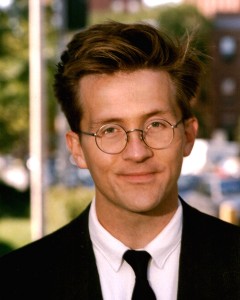 Legendary Chicago comedian Tom Dreesen once told me in an interview that “young audiences today, they think that that person on the stage that says ‘fuck’ every three words is pushing the envelope. When you can’t think of anything creative, you go there … you ain’t shocking anybody” For those who share the sentiments of Mr. Dreesen, there are thankfully a whole slew of squeaky clean comedians, including Chicago’s own Tim Clue, whose Seinfeldesque observational humor refuses to veer into anything remotely dirty. For some, “squeaky clean” might be synonymous with “lame,” “corny” and “about as clichéd as ABC’s Friday night T.G.I.F. lineup,” but don’t use those terms to describe Clue (although he is a bit of a dweeb). A former Second City trainee and a Zanies regular, Clue can riff on his dad’s inability to build a Halloween costume and his family refusing to upgrade from a rotary phone without resorting to the seven words you can’t say on TV. Clue’s best routine may be on his ever-increasing debt: “My brother was always calling me up, he said, ‘when are you going to take responsibility for this?’ I said, ‘OK I will.’ So I got some caller ID, now I don’t have to talk to him anymore.” (Andy Seifert)