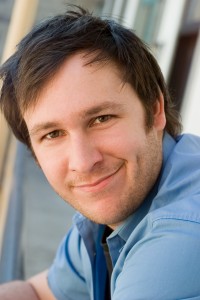 “With this new reality we thought it would be important to make sure arts organizations weren’t becoming isolated, burrowing in, attempting to go it alone in meeting their financial and operational challenges, ” shares Peter Kuntz, executive director of the Arts & Business Council of Chicago. Last month his organization, along with the Department of Cultural Affairs and the Illinois Arts Alliance, hosted a forum titled “Break on Through: The Creative Response to Tough Times.”  The objective was to get the arts community to jumpstart a dialogue that might lead to innovation in product and infrastructure.  Though Chicago has not escaped the quake of the economic landscape, the creative vitality that has distinguished the city’s art makers for so long may lead the way out of the financial muck.

“We are a receptor,” says Kuntz, “a community of common experiences, a collective resource if and when we want to be that.”  His sentiments echo the larger conversations currently facing our nation. Our new administration’s mission to restore transparency and encourage bold action may create trickle-down inspiration that gives some Chicago groups the optimism to make it out alive.

“I firmly believe that Barack Obama plus the economic crisis does equal a revolution and it is one we needed badly,” says Anthony Moseley, executive artistic director of Collaboraction, a multidisciplinary performing arts organization that is best known for the Sketchbook Festival of short performances. Moseley’s unusual title positions him in charge of the creative and administrative strata of the company.  A concept he believes to be integral to weathering financially turbulent times ahead.

“I think it is finally time to dissolve the imaginary line between the business and art sides of our company.  It does not exist so stop pretending it does,” asserts Moseley.  “We need more creative thinking in the business meetings and more savvy business smarts in our creative meetings. Ideas are our currency.”

Collaboraction has seen creativity turn directly into dollars by developing a profit center based on existing assets.  The company calls it Experience Design.  Event conceptualization, design, casting and management form the bones of this project that has already proven to be a profitable venture.  The program follows a similar path to Redmoon Theater’s event work, work that is transitioning to a primary focus for the company. This year will see an annual calendar of public events for Redmoon.  Less emphasis on producing shows in their space. Both Collaboration and Redmoon see public engagement as critical steps to ensuring long-term viability and maintaining importance within the community.

In addition to strategic creative moves, companies are also faced with establishing infrastructure that can withstand the turbulence.  As belts tighten, individual giving will decrease and the hunt for foundation, corporate and government money will become increasingly competitive. For the past eleven years, Timeline Theatre has operated with a cash surplus, a record the Timeline staff intends to carry on despite these difficult conditions.  The staff believes transparency is vital to establishing resiliency.

“You can’t avoid it.  It wouldn’t be prudent to not talk about it,” tells Timeline director of marketing Lara Goetsch.  “We created ‘Inside Story’ for people we consider to be investors.  This document gives the supporters an honest assessment of what is going on.”

“Inside Story” is a brief newsletter, financial report and call to arms.  The document will be published quarterly throughout 2009 as a way to keep the general perception of this smaller mid-sized company accurate.  With Timeline’s fortunate economic situation and consistently high quality of production, it would be easy for patrons to turn their attentions elsewhere when making contributions.  Timeline wishes to make it abundantly clear that sustained growth is only possible with the continued support of such individuals.  This and other strategies recently garnered the company the Richard Goodman Strategic Planning Award in the nonprofit category by the Association for Strategic Planning.

“Timeline has always been a calculated risk taker,” says Goetsch. “We don’t want to pare down. We want to be smart and do things we hope stand out. At the end of the day we aren’t being safe, we are being realistic and planning carefully so that we are in good shape.”

In the coming weeks, months and perhaps years, stories of arts organizations scaling back, merging or shutting down will be told. However, stories of nimble, creative problem solving, like the ones above, will also surface.  It is this creativity that will prove Chicago organizations are properly suited up with realistic optimism that will define the city’s cultural DNA into the future.  (William Scott)