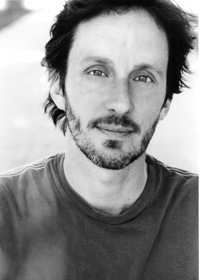 As a twenty-plus-year veteran who’s done all the late-night shows from Carson to Conan, Jake Johannsen has built a career on being extremely likable and accessible. Observational humor mixed with Midwestern charm (funniest guy to come out of Iowa?) is the norm for Johannsen, who commentates on infomercials, gay marriage and Lance Armstrong’s fight against “nut cancer” with such casual delivery that you frequently think, “dude, I was thinking the same thing about nut cancer!” Johannsen seems most comfortable in the midst of longer, anecdotal monologues, able to roam in and out of subplots with ease. In telling a pretty straightforward story about a visit to the emergency room, Johannsen manages to throw in a joke or two about driving safety tips, the overall crankiness of nurses with clipboards, celebrating over a friend’s impending death, and the embarrassment of owning a flask. So, if nothing else, Johannsen has an uncanny ability to derive a plethora of jokes based on his plot. Unlike, say, a typical “Family Guy” episode. (Andy Seifert)