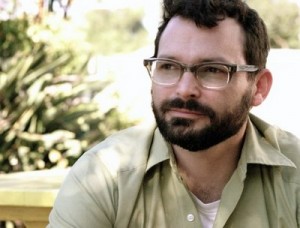 According to his routine, California’s Matt Dwyer was an up=and-coming stand-up comedian when Tom Brokaw happened to catch his set. Evidently, Brokaw was so impressed with Dwyer that he invited him up to his hotel room to party it up, where he eventually ordered some call girls, tossed multiple televisions out the window, and asked Dwyer if he wanted to “chase the dragon.” The resulting heroin addiction derailed his career for six months. So, yes, that’s a completely fabricated back story, but it should give you a pretty good impression of Dwyer’s brand of humor, a mixture of self-deprecation, surreal one-liners, and the occasional wordplay. “I told a friend of mine I was thinking of committing suicide, and he said, ‘you know what, suicide is a selfish act,’” Dwyer says while barely moving a muscle. “So I decided that when I do it, I’m going to put forty pounds of candy up my ass and hang myself in front of a Mexican birthday party.” (Andy Seifert)