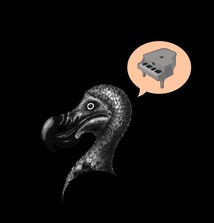 Is it time for a new moment for, and consideration of, performance art in the Chicago theater scene? I recently met with two breakout Chicago performance artists, Matthew Nicholas and Eric Warner, whose upcoming show at Gorilla Tango, “Spectacular Gestures That Don’t Change a Thing,” seems to speak both to performance art’s historical interest in identity and transgression, as well as deliberately updating its concerns with objects of our own cultural moment.

Warner has long been interested in archetypes, and Nicholas with relationships as extensions of self, and this weekend we can see their concerns about who we are staged with playful references but deadly serious in its aim.

The show’s action will be based around a ritualized birthday party culminating in a musical epilogue, but its origin lies in Warner’s recent obsession with a biography of Harry Houdini, perhaps the first beau ideal of Chicago performance art, and Houdini’s own obsession with escaping spaces that would remain intact, leaving no trace of his having been there. Warner calls his interest in Houdini’s actions rooted in the moment between “heroism and humiliation,” through which we live all our public moments.

Warner and Nicholas have always been interested in the instability and inherently artificial nature of identity, long a focus of performance art, and one which academia and other modes of art have more recently seemed to light on—“performativity,” anyone? The show’s characters will remain stuck in cyclical, repetitive behavior, only to find themselves turned into other characters in the show when they manage to break free.

Warner and Nicholas’ piece will bear their unique brand of taking our own mythological characters, derived in great part from pop culture, out of context and playing with those interactions onstage—previous shows have included a heartbreaking minotaur and a group of cheerleaders—and “Spectacular Gestures” will feature, among other things, a dodo bird attempting to communicate through a toy piano.

In a theater scene like Chicago, where naturalism often seems fetishized at the cost of different kinds of meaning, this show might offer a new kind of self-awareness in exchange for a sacrifice of easy realism. (Monica Westin)