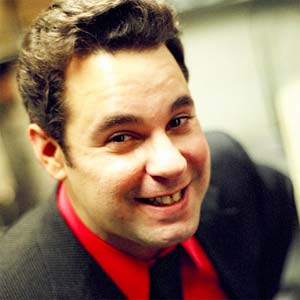 As the host of the occasionally funny “Best Week Ever” on VH1 (which, at its worst, is just a barrage of painfully stupid one-liners), Paul Tompkins anchors a huge cast of hit-or-miss comedians, providing enough actual pop-culture commentary or blissful goofiness to keep his comedic companions from making the show intolerable. His stand-up act, however, is happily uninterrupted by some comic smirking, “He looks like a black Jeff Goldblum!” or videos of Britney Spears falling on her ass. This leaves plenty of time for Tompkins to riff on smoking pot while drunk, his mom’s dying words on homosexuals, and insanely vicious dogs whose owners won’t apologize when they lunge at him. “Wow, that certainly startled me, that dog that is your responsibility,” he says. “I’m sure that he would apologize if he could, but as he lacks the capacity for speech, who will pick up the baton, I wonder?” Tompkins will use the Lakeshore show to record the follow-up to his debut album, “Impersonal.” (Andy Seifert)