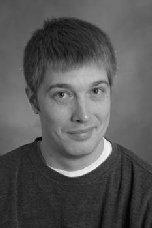 The pride of La Crosse, Wisconsin, up-and-coming stand-up Shane Mauss (who now considers Boston home) packs non-sequitur nourishment into virtually every joke with a delivery style that sits somewhere between deadpan and Midwestern nonchalance. Expect Mauss to touch on his utter lack of machismo (“If ever I heard someone breaking into my house, I would just try to pretend that I was also breaking into my house”), the absurdity of death-predicting felines (“I think I could predict death, too, if I was a murderer”) and the intensifying homophobia existing within American pickup-truck marketing campaigns. “Every truck commercial is the same,” he says. “It’s like, ‘Hardcore just got harder-core. You can’t pull a 747 up a mountain with that gay turd hybrid of yours.” Already with three Conan O’ Brien appearances under his belt, Mauss has big-time comic headliner written all over him. Catch him while he’s still a relative nobody. (Andy Seifert)