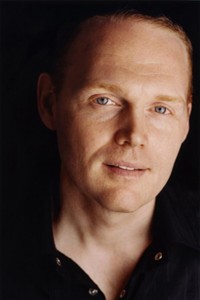 Letterman regular and Massachusetts-born Bill Burr is probably best known for his 2006 profanity-strewn and murderously angry tirade against the city of Philadelphia when an unruly crowd booed one of the opening acts on an Opie and Anthony tour. But Burr’s routine is so much more than “fuck the Phillies”—he’s also angry at a myriad of other things, like his girlfriend’s stubborn love of stupid activities and the desolate loneliness of Nebraska. Okay, Burr doesn’t exactly reach Sam Kinison-levels of anger, but he’s at his best when his subject matter has to do with being agitated and his delivery starts to resemble a coherent hybrid of Joe Pesci and Michael Rapaport. Burr’s ace up his sleeve? Racial humor: “Every time I hang out with a black dude, at no point during the evening has he, like, teached me how to dance. You know, that interracial ‘Footloose’ moment they have in those movies? And I’ve never gone to his neighborhood to try to save a school. How many times are they gonna make that movie?” (Andy Seifert)