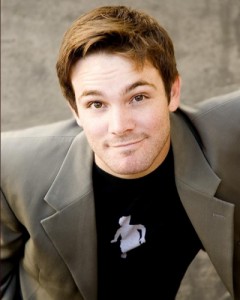 As their name might imply, the Walk of Shame collective embarrassingly traverses from city to city without a change of clothes and in a persistent state of being hungover, smelling worse and worse after a month and a half without a shower. OK, it actually just implies this quartet of comics are irreverent kind of guys, disheveled at times but mostly telling jokes aimed at the college-aged audience (even hitting on subjects apart from vomiting and penises!). The tour features the sarcasm and skepticism of L.A.-based Brendan T. Gleason (who observes that apples and oranges are really quite similar, if you think about it), the easily excitable Nick Hoff (a much funnier, actually witty version of Dane Cook), Seattle-based Kevin Richards (Todd Barry-esque absurdity, but with hair) and the raucous, party-loving Law Smith. Four up-and-comers, four guys who could hit the big circuits and four times the nasty smell from living in a van for two months. (Andy Seifert)