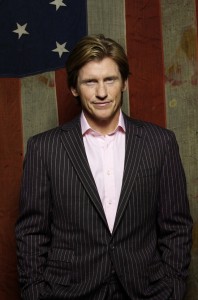 It’s weird to even consider, but Denis Leary hasn’t done a stand-up tour in twelve years, so we’ve gone twelve years since he’s taken the stage and spasmodically decreed everyone (including himself) to be an asshole. At this point, Leary’s famous for acting (on the firefighting FX drama “Rescue Me”), voice acting (as the character Diego in three “Ice Age” movies, which is just as surprising as the fact that three “Ice Age” movies exist), writing books (last year’s “Why We Suck: A Feel Good Guide to Staying Fat, Loud, Lazy and Stupid”), and bizarre commercial appearances (Quaker State motor oil?), and perhaps not so much for talking insanely fast, chain-smoking on stage, and outbursts of profanity. But Leary wouldn’t be winning awards for “Rescue Me” was it not for his memorable (to say the least) and furious stand-up routines, specifically the classic stuff that led to “No Cure for Cancer.” So it’s nice to see him back doing what he does best: spitting venom at the masses—live! For this tour, Leary will be joined by two “Rescue Me” co-stars, Lenny Clarke and Adam Ferrara. (Andy Seifert)