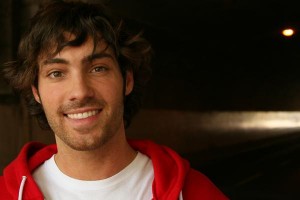 Having finished third on last season’s “Last Comic Standing, ” Spokane, Washington’s Jeff Dye rolls into Chicago with the bronze around his neck, appearing poised for long-term success and armed with the good looks of “Jim” from “The Office.” In retrospect, Dye’s audition on “Last Comic Standing” is a microcosm of his entire routine: he calls himself a “badass” because he pees on vegetables at Costco, his screen name is “Dragonslayer” on eHarmony, he watches B.E.T. even though he’s white, he speeds through school zones while texting (“I hit a kid? LOL, I don’t care!”), and he reads “Goosebumps” books alone. That’s the running theme throughout Dye’s act: self-deprecation with a smile. Bustling with energy and youthfulness, Dye’s already learned to make fun of his weak body, his love for fu-fu drinks and the fact that he’s an all-around pansy. Once he figures out how to really rip on people other than himself, he’s got “guy who appears on Comedy Central at random times ”written all over him. (Andy Seifert)