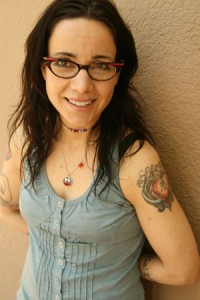 RECOMMENDED
Actress, comedienne, activist, radio host, and bane of freedom-lovin’ conservatives, former stand-up mainstay Janeane Garofalo returns to her roots, sure to piss off Bill O’ Reilly or Glenn Beck or whomever from the stage rather than from the radio booth. Personally, I preferred Garofalo before she flung herself into the middle of the political arena, back in the early nineties when her self-deprecation knew no boundaries and she’d toss around sayings like, “I have no self-esteem left, and I hate to be the type of girl comedian to talk about those things, and I never thought I would be, but I’m a beaten man.” Her Air America incarnation of the last five years, playing a sort of left-wing answer to Dennis Miller, has been mildly amusing, but I still say she peaked during her iconic performance as The Bowler in the 1999 cult classic “Mystery Men.” Garofalo will be appearing with comedic vet (and her former Air America partner) Marc Maron. (Andy Seifert)