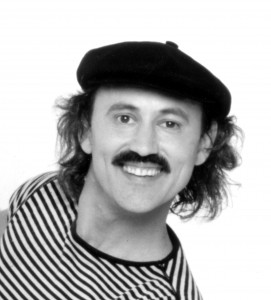 I remember watching Gallagher’s stand-up routine back in the early nineties and, as a little kid, I naturally thought it was the funniest thing I had ever seen: giant trampoline couches, crazy inventions, frizzy clown hair and—best of all—the Sledge-o-Matic mallet, with the power to violently obliterate everything from watermelons to cartons of milk to computer keyboards. Since his glory days, Gallagher’s been in the midst of some bad press, first by suing his brother, Ron Gallagher, for copying nearly every aspect of his act (which sounds like a perfect story for Dateline NBC), second for a 2005 interview when he called David Letterman, Tom Hanks and Michael Keaton terrible comedians and belittled Comedy Central for only awarding him “the 100th best stand-up of all-time.” Seems like all the hooplah sucked the life out of him, because at the age of 62, Gallagher looks pretty gray and altogether tired, and the novelty of destroying everything on God’s green earth has run its course. Comedy doesn’t have to be intellectually stimulating by any means, but Gallagher’s been staging the same glorified food fight for almost thirty years, and at some point, the whole gag turned stale. (Andy Seifert)