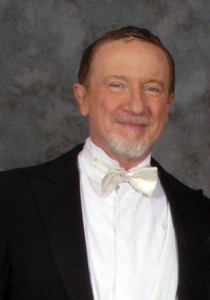 On November 22, 1963, George Hearn was set to perform “Camelot” in Columbus, Ohio.  Hearn was playing Sir Dinadan on the first national tour of the beloved Broadway musical but was also understudy to both King Arthur and Merlin the Magician when the news came that President John F. Kennedy had been shot and killed in Dallas.  “The country froze,” Hearn recalls, “but the decision was made that in this special case, namely that ‘Camelot’ had been Kennedy’s favorite play, we would go on.  There were no laughs that night, that’s for sure, and there was a solemnity to the occasion, and yes, open weeping, especially during the finale.”

The finale of “Camelot” is where a broken King Arthur, about to go to war with his closest friend Sir Lancelot, has a moment of hope where he discovers that a young boy has stowed away to join up with the knights of the Round Table.  How could the boy possibly know anything about the Round Table, Arthur ponders, to which the boy responds, “from the stories people tell.”  The revelation that what Arthur has accomplished will be remembered has him knight the boy and intone the memorable benediction that climaxes, “Don’t let it be forgot / That once there was a spot / For one, brief shining moment / That was known as Camelot.”

When Ravinia CEO Welz Kauffman asked Hearn to finally, at long last, play King Arthur (“The actor, Biff McQuire, who played Arthur on tour, was a Christian Scientist who believed in natural healing and virtually never missed a show”), he couldn’t resist doing it, at long last, especially with the chance to do it with a full orchestra (“we never had more than twenty players in the pit”).  Two seasons ago, Hearn performed the lead in Frank Loesser’s “The Most Happy Fella” at Ravinia with soprano Sylvia McNair—who will also sing the role of Guenevere in “Camelot”—and performed memorable entries of Ravinia’s “Sondheim at 75” series, including “A Little Night Music” and a return to what many consider his signature role, “Sweeney Todd,” with Patti LuPone.  Last week’s California Supreme Court decision upholding a statewide voter-supported ban on gay marriage is also a reminder of Hearn having originated the role of the transvestite Albin in 1983’s “La Caux aux Folles,” which won him his first Tony Award for Best Actor.  “You know,” says Hearn, “I receive more mail about that than anything else I have done, most of it from heterosexuals.  They have written over the years to say how much the show opened their eyes to perhaps being a bit more tolerant.”

After an edgy career of playing cross-dressers and murderous barbers, Hearn admits it is a bit odd, yet refreshing, to return to “Camelot.”  “It’s such a wonderful score,” says Hearn, “but I wasn’t sure how it all would hold up after so long, whether or not it would be too corny.  But after going through it and now rehearsing it, it has us all in tears.  It’s a very powerful work.  What is amazing is that we are still confronting all of the same issues as stupidly now as people did then, such as going to war to solve our problems.  Arthur has another idea, a ‘fleeting wisp of glory,’ ‘a dream,’ and he wants desperately to ‘pass it on.’  Somehow, we need those bright messages of hope all the more during our darkest times.”  (Dennis Polkow)