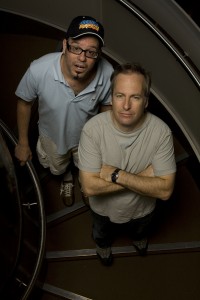 Chicago may be an improv town, but Chicago also likes a little one-on-one action every once in a while, as in the audience versus the entertainer, one guy or gal throwing out his or her material in the hopes that it will produce a moments worth of euphoria in a crowd of onlookers and they can reap all the glory. That’s stand-up comedy for you, and it’s the format that will dominate the “Just for Laughs” Festival, which makes its American debut after twenty-seven years in Canada.

Legitimate Hollywood stars, alt-comedy favorites, Comedy Central stand-bys, Chicago theater troupes, and fresh-looking up-and-comers (yet to be chewed up and spit out by the industry) will converge in the Second City between June 17-21, meaning a ton of talent and a number of borderline personality disorders will be on full display. Spanning twelve venues throughout the city and including a fluid, diverse lineup of about forty shows, the Just for Laughs festival should appeal to a wide range of audiences and, like any festival, has its share of both immensely exciting shows and left-field head-scratchers.

The festival starts off Wednesday with the undisputed empress of edgy comedy, Ellen DeGeneres and her “Bigger, Longer and Wider” show (Wednesday, 7pm, Chicago Theatre). For those who get enough of Ellen’s sunshiny disposition on her talk show, this would be a good time to check out the “Live as F**k” show with Jon Lajoie (Wednesday/Thursday, 7pm, Lakeshore Theater), who’s made a career out of mostly filthy Internet videos, like “Show Me Your Genitals” and the Coldplay parody on masturbation, “Alone in the Universe.” Stay for the crudely brilliant SNL/Conan O’Brien writer Robert Smigel, who’ll present his original “TV Funhouse” pilot, a take on Chicago’s beloved Bozo the Clown (Wednesday/Thursday, 8:30pm, Lakeshore), and probably drag out Triumph the Insult Comic Dog for old time’s sake. Another option: the “Homecoming” show, featuring former Chicago stand-ups who’re returning to their roots, like the vastly underrated Hannibal Buress, Mike Bridenstine and Marina Franklin (Wednesday/Thursday, 9pm, Lincoln Lodge). 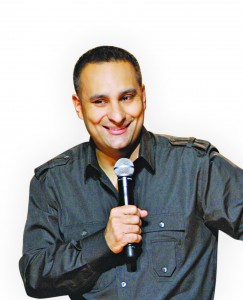 Friday starts with a showdown of stand-up vets: “Comedy You Can Believe In,” hosted by “In Living Color” alum David Alan Grier (Friday, 7pm, Vic), versus “Double Threat” with “Goat Boy” himself, Jim Breuer, as well as Scottish/Indian stand-up Danny Bhoy (Friday/Saturday, 7pm, Lakeshore). Yet another option: the “All-Star Comedy Show,” hosted by Juno Awards emcee Russell Peters and featuring Ben Bailey, the likable taxi driver/trivia guy on Discovery Channel’s “Cash Cab” (Friday, 7pm, Chicago Theater). Over the course of weekend, check out one of five “Very Funny” shows with SNL’s Tim Meadows (Friday/Saturday, Zanies), which will be taped for an upcoming TBS late-night series. End the night with “After Hours,” (Friday, 10:30pm, Playground Theater), which includes the reunion of Chicago improv and sketch group “American Dream,” or “Hammered” with Aussie comic Jim Jeffries, who’s most famous for getting punched during a show in England (Friday, 10:30pm, Lakeshore).

All of Chicago’s Jeff Foxworthy and Larry the Cable Guy fans will be flocking to the Vic on Saturday for their “Blue Collar Comedy” buddy Bill Engvall (Saturday, 7pm, Vic), while Lisa Lampanelli, the so-called “Queen of Mean,” will probably insult “Blue Collar Comedy” fans from across the city (Saturday, 7 and 9:30pm, Chicago Theater). No offense to new “Late Night” host Jimmy Fallon, a.k.a. Mr. “Can’t Stop Laughing During My Own Sketches,” (Saturday, 9:30pm, Vic), but he’s going up against the big show of the festival, the reunion of Odenkirk and “Arrested Development” star David Cross, the former stars of awesomely absurdist “Mr. Show” (Friday/Saturday, 9:30pm, Lakeshore).

Only three shows on Sunday, but make an effort to check out “Stella” member Michael Showalter (Sunday, 7pm, Lakeshore), who plays a hilarious douchebag talk show host on CollegeHumor’s “Michael Showalter Showalter.” And if you haven’t already checked out George Lopez, who, judging by the fact he’s playing shows through this whole festival (Thursday-Sunday, 8pm, Rosemont Theater), is apparently the hardest-working man in comedy, then Sunday would be the day.

The Just for Laughs festival runs from June 17-21. For a complete listing, go to justforlaughschicago.com.