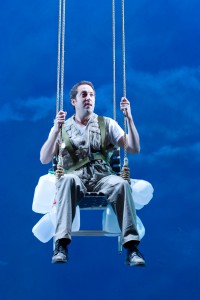 Aerialist Philippe Petite’s walk between the World Trade Center towers lasted minutes and took a lifetime to plan; love and friends were lost along the way. In that vein, “Up” explores the chasm between dreams and their painful maintenance.