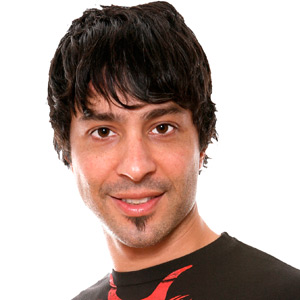 Yes, the title of comedian Arj Barker’s DVD is “Balls, ” presumably so people will have to say “I’d really like to see Arj Barker’s ‘Balls.’” And sure, Barker also stars in a Web series called “Arj and Poopy,” in which a kitten talks to him through farts. But rest assured, Barker may be one of the more underrated stand-ups for social commentary in the biz, the type who will sprinkle in juvenile punchlines to disguise the fact that his comedy is chock full of substance. Take, for instance, Barker’s bit on how people don’t understand when he’s joking around over text messages: “It’s too hard to convey tone in digital communication. And we can solve this problem so easy; all we need are some new fonts,” he says, suggesting the creation of the “Sarcastica” and “Good Times Roman” fonts. For a little sampling of Barker’s best “ballsy” character, check out his portrayal of Dave, the hilariously insolent friend of Jermaine and Bret on HBO’s “Flight of the Conchords.” (Andy Seifert)