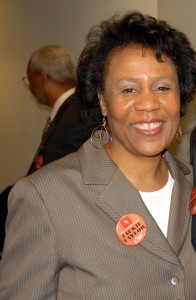 If you want to see new plays by local playwrights writing about sexy topics—and who wouldn’t?—the Black Playwright Initiative’s “Sex in the Summer in the City” series at Black Ensemble Theater might be just the ticket. Executive director and founder Jackie Taylor promises that the series—which features three one-act plays discussing African-American sexuality—will be stimulating. “They are a look at an aspect of African-American life that we don’t get to see very often,” she says.

All plays in the series are directed by Daryl Brooks, and each introduces audience members to a different playwright, with his or her own perspective on human sexuality. The series begins with Wendell Etherly’s “A Love Misplaced,” which dives right in and tackles incest, revolving around the role that sexuality plays in family life. Etherly, an Illinois Arts Fellowship Award-winning playwright, depicts the painful mourning process of a man who has recently lost his wife and who realizes that he has neglected his daughter, a girl who tries to find love in all the wrong places. Cory Wright’s “Glamorous Life” follows the introspective journey of a woman who reexamines her “glamorous” existence after receiving tragic news. The series ends with Qween Wicks’s “A Love By Any Other Name,” a meditation on the impact that rumors and betrayal have on relationships.

According to Taylor, the pieces will provide a thoughtful treatment of subjects difficult to discuss without being judgmental. “These plays don’t solve any problems,” she says. “Their purpose is to initiate thought and conversation.” Lamenting the lack of intelligent discussion of sexuality, Taylor argues that it is important to discuss the subject in the theater: “I think that all stories need to be told and that human sexuality is a part of life, it’s a part of our makeup, so why not? Why not tell that story?” (Ilana Kowarski)