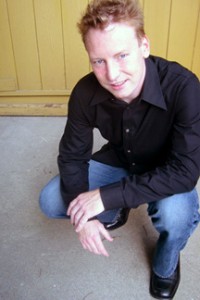 At first, Atlantic City-based comic Butch Bradley seems like a poor man’s Lewis Black—lots of incredulous outrage, with arms flailing about and pointing angrily at hypothetical subjects. But give him a little more credit than that: many of Bradley’s outbursts are directed at such harmless topics that the punch lines include a hint of irresistible non-sequitur goofiness. “I don’t want to be killed by a first-time killer, ” Bradley quips about his apparently inevitable homicide. “I want the guy to be good. They have to start somewhere. I don’t want any amateurs.” Bradley leaves to the imagination why he thinks he’s going to be murdered, and why he prefers a precise professional to kill him. It’s the same deal in a bit about spiders just showing up in his car when the doors are locked (“I don’t even mind if he wants a ride, just ask me,” he says)–Butch rarely explains why he’s ranting on the particular minutia of life he’s targeted. And it’s that lack of coherent logic that makes his routine pretty entertaining. (Andy Seifert)