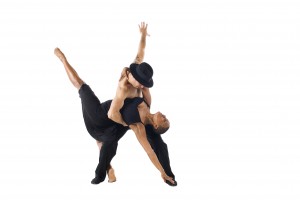 Next week, Chicago’s Luna Negra Dance Theater, Los Angeles-based Brazilian jazz singer Luciana Souza and the Grant Park Orchestra join forces on the Pritzker stage as part of the Grant Park Music Festival. It’s a bill bursting with music and dance surrounding the Latino experience, hopping borders from Cuba to Argentina to Brazil to the U.S. mainland, forging what promises to be a rich spectacle of universal appeal. I spoke with Ms. Souza about the program and her unique collaboration with Luna Negra.

How did the partnership with Luna Negra form?

I met Eduardo Vilaro [the artistic director of Luna Negra] at Ravinia on a double bill—I fell in love with him artistically backstage. We wanted to work on a project together. Eduardo got a hold of some older recordings of mine—duets of Brazilian music for guitar and voice. And in researching this program, he came across the Miles Davis recording based on arrangements of Gil Evans, of “Quiet Nights.” This piece is at the heart of the bossa nova set.

The collaborative part is in four movements: first is fast, just for voice and guitar, the last three incorporate the orchestra. The second song is a ballad about a breakup of a marriage. It’s followed by “Corvacado,” perhaps the most famous song by Jobim. The final piece is in a style that preceded bossa nova, but this particular song was written in the seventies, so it’s tipping the hat to bossa nova in a way.

I asked Eduardo if he was working with the text of the songs; he said not at all. He’s using the voice as guide for interpretation—the legato of the phrasing. It’s the first time I’ve worked with a choreographer this way, with my singing determining the choreography.

What other songs will you perform?

I’m doing three duets for guitar and voice with Romero Lubambo; two Brazilian standards and a poem by Paulo Leniski that I set to music. It is very evocative and simple. We’re also doing the adagio from “Concierto de Aranjuez.” It’s a very famous instrumental and it will be interesting to perform it outside, to see how the environment plays into it and how the audience reacts. It moves, gripping you slowly. This arrangement is just beautiful.

You once said that a mature artist doesn’t categorize their work—that you don’t consider yourself strictly a jazz singer or a Brazilian singer. It seems Luna Negra ascribes to a similar philosophy.

I think it’s inevitable—Eduardo grew up in Cuba, but he left. He’s seen many things and carries them with him. It’s a dangerous thing when you start speaking of yourself as “I’m a such-and-such artist.” I think the curiosity we have as artists is something that’s indefinable and keeps changing as we go.

And you’ve had a similar experience, moving from Sao Paulo to the United States.

Yes, exactly. And there’s a line I don’t cross—I’d never sing anything in Spanish because Portuguese is my language and I stick with the Brazilian thing—but I love that Eduardo is crossing over and saying, I’m Cuban and I can do a reading of this music, because I love it. (Sharon Hoyer)