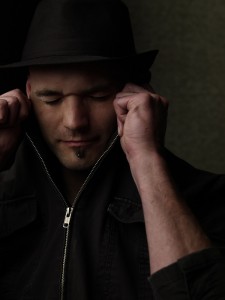 Sean Graney and The Hypocrites are knee-deep in Victorian and Gothic literature this fall. Graney’s both directing “The Mystery of Irma Vep,” a comic satire of Victorian melodrama at the Court Theatre in November; and leading The Hypocrites in a new adaptation of “Frankenstein” at the MCA in October. Newcity talked with Graney about playwriting and mad science.

Reading about this production, which combines several versions of “Frankenstein,” including the iconic 1931 Boris Karloff film, I’m struck by this multiplicity of versions in a story that’s about a literally cobbled-together character. How did this approach come about?

I’ve always loved the novel and wanted to adapt it for some time, but it’s really difficult to adapt for stage—as this great, huge novel with switching between different points of views—without resorting to amateurish narration. I’ve been trying to gain access to it for some time, and it was finally when I was watching the film we know as “Frankenstein” that I realized how little the film had to do with the novel—and that freed me to realize as long as it’s about a dude making another dude, I can make a script. Then I started playing with source material, pulling as much  dead source material as I could from “Prometheus Bound,” “Macbeth,” Marlowe’s “Faustus,” quotes from scientists and inventors, creating my own mash-up piece of Frankenstein art.

I like that parallel between the mad scientist and the artist.

Yes! This production is definitely about the very act of creation as a selfish, egotistical act. I’m trying to bring up the question of whether, just because we can do something, should we? It happens all the time in art… we get stuck on one thing and never question what we’re doing. That passion of creation, that belief we’re moving the world forward, it can be a destructive passion. (Monica Westin)

The Hypocrites’ “Frankenstein” plays at the Museum of Contemporary Art beginning October 21.