by Dennis Polkow
September 8, 2009Filed under: 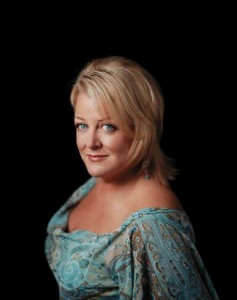 This is the ninth year that Lyric Opera has presented a free concert prior to its regular season, a tradition that began when Sir Andrew Davis became music director.  The original idea was to offer a season preview to tantalize the public for the upcoming season by presenting highlights performed by the same stars who would actually be in those productions.  Over the years, the concept has become a catch-all concert, only a fraction of which has anything to do with what will be presented during the season itself; of this year’s eight operas (actually six operas, one operetta and one oratorio), only three will be represented at this concert.  Of greatest interest is that all three of the principal stars of the season-opening production of Puccini’s “Tosca”—which opens September 26—are scheduled to perform: Tosca herself (soprano Deborah Voigt), Cavaradossi (tenor Vladimir Galouzine) and Baron Scarpia (bass James Morris).  Also scheduled to appear from Gounod’s “Faust,” the second production of the season which opens October 5, are Marguerette (soprano Ana María Martínez), Valentin (baritone Lucas Meachem), the second Faust (tenor Joseph Kaiser) and the second Mephistopholes (bass Kyle Ketelsen).  Although there will also be excerpts from Verdi’s rarely heard “Ernani,” the third opera of the season which opens October 27, no major cast members from those performances are scheduled to appear.  Also appearing will be Ryan Center members who will perform various roles across the 2009-10 season, including Katherine Lerner, Amanda Majeski, Amber Wagner and René Barbera.  (Dennis Polkow)