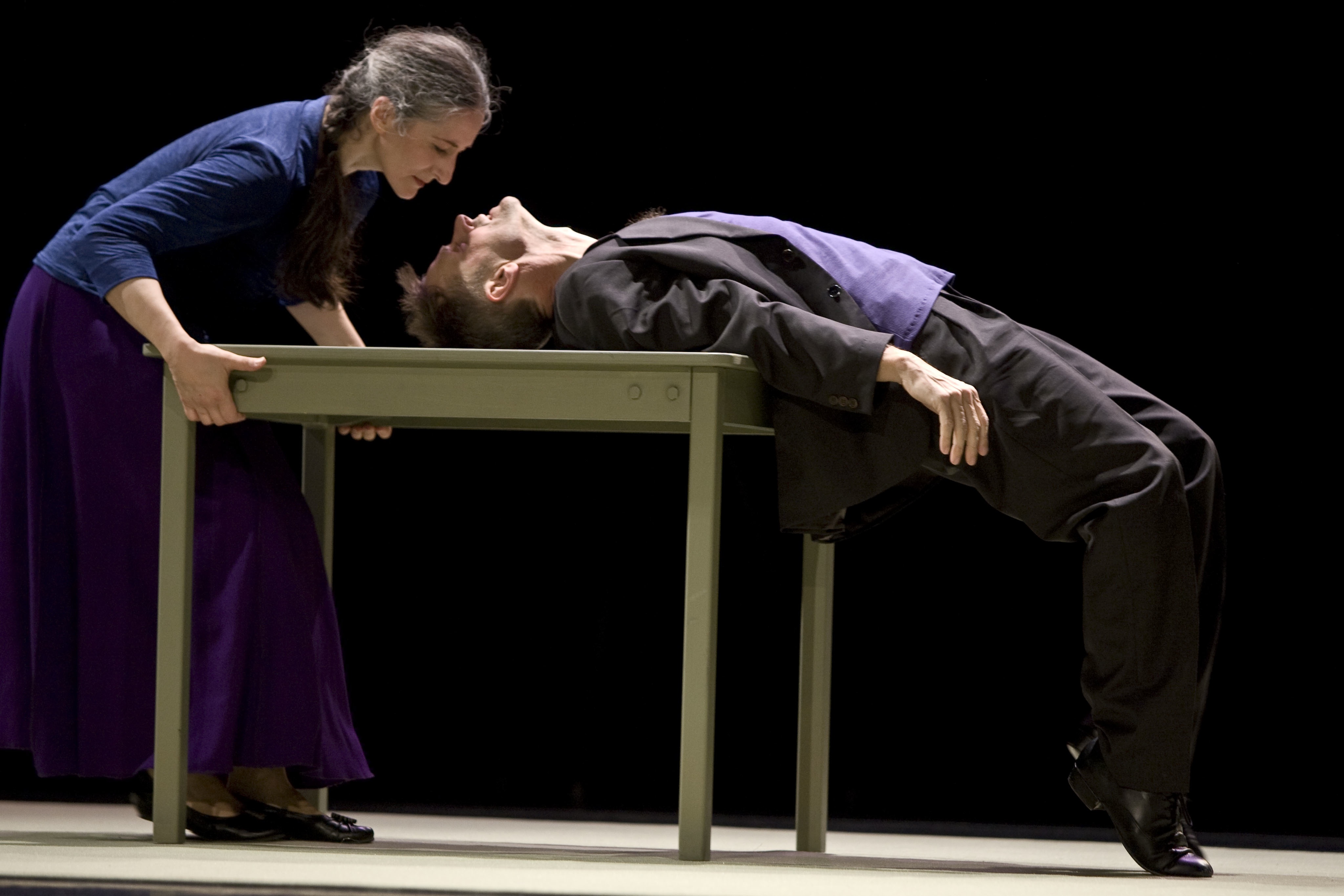 Like a benediction on the fall arts season, Baryshnikov’s in town. With a book signing on Tuesday at the MCA and a three-performance-only engagement at the Harris, the Misha will glide through town, breathing excitement for dance—both classical (for which he is legendary) and contemporary—into the air. The thrill is well deserved: “Three Solos and a Duet” is not only a chance to witness a living legend practice his art in the flesh, but also a rare opportunity to appreciate the craft of mature artists in a discipline that often relegates dancers over the age of 35 to the classroom. One of the solos, choreographed by New York City Ballet principal dancer Benjamin Millepied, addresses the physical limitations imposed by age with gentle humor; entitled “Years Later,” Millepied’s piece places Baryshnikov on stage with a video of himself, dancing with his younger and not-that-much-younger self. Originally choreographed in 2006, the video segment has evolved with its subject, so if you’ve had the good fortune to see the piece performed, you’re still in for a surprise or two.

At 61, Baryshnikov’s capacity for pyrotechnics may have lessened, but the expressiveness of his world-renown hands, the grace and agility of his limbs, the stunning beauty of his lines are intact and enriched by a lifetime of experiences on and off stage. Ana Laguna, a Spanish-born dancer of Baryshnikov’s generation, is his partner in “Place”—the duet that serves as the centerpiece of the program. The piece was created by Laguna’s husband, Swedish choreographer Mats Ek, and is sweet, complex, sexy and as tender as it is cleanly precise; Stanford Makishi, head of the Baryshnikov Arts Center in New York, described it to me as “a masterpiece. A big piece for big performers.” Other pieces in the program include “Valse-Fantaisie,” a solo choreographed by Alexi Ratminski, artistic director of the Bolshoi Ballet, and “Solo for Two,” another work by Ek with music by Arvo Part. Get a ticket if you’re able. See a master at work. (Sharon Hoyer)